What Will Kanye and Jay-Z Play on the Throne Tour? 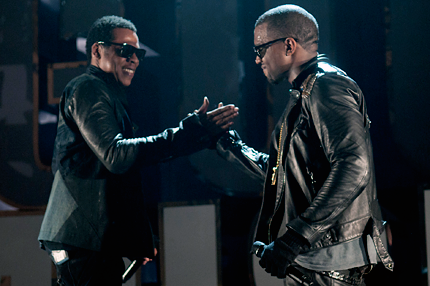 Jay-Z and Kanye West kick off their Watch the Throne tour tonight in Atlanta, and they’ve revealed what could be the set list. As Complex points out, the rap titans have been releasing videos advertising their upcoming shows, and now they’ve also cracked open the seal on some tour documents. In addition to the expected Throne tracks, it looks like Hova and Yeezy might be playing solo hits such as “I.Z.Z.O.,” “Runaway,” “Jesus Walks,” and “99 Problems.” Decipher their handwriting for yourself below, and read SPIN’s full report from tonight’s show on Monday. Do you think they’ll let West get in his zone?