Hotter Than Hell: SPIN Sets Sail on the Kiss Kruise 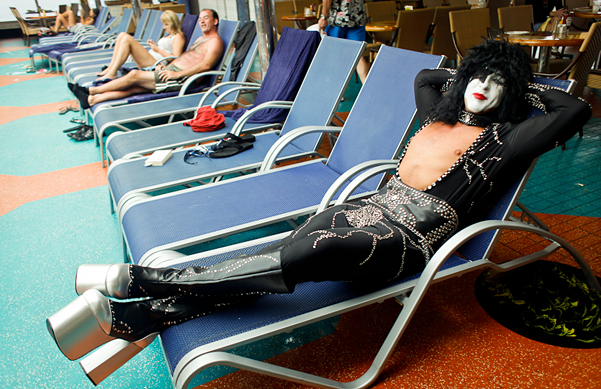 Steve Mitchell, a personal trainer from Phoenix, spent seven weekends working the Vegas strip as a Paul Stanley lookalike until he earned enough money to sail away on the Kiss Kruise.

Steve Mitchell, a personal trainer from Phoenix, spent seven weekends working the Vegas strip as a Paul Stanley lookalike until he earned enough money to sail away on the Kiss Kruise. 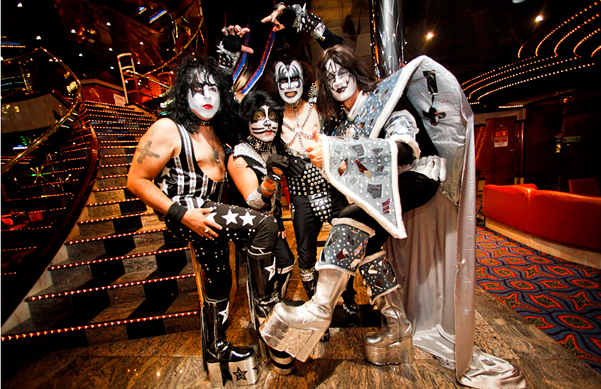 Kontestants from the Kiss lookalike contest. Their costumes were so convincing that people were taking their photos as if they were the Gods of Thunder themselves! 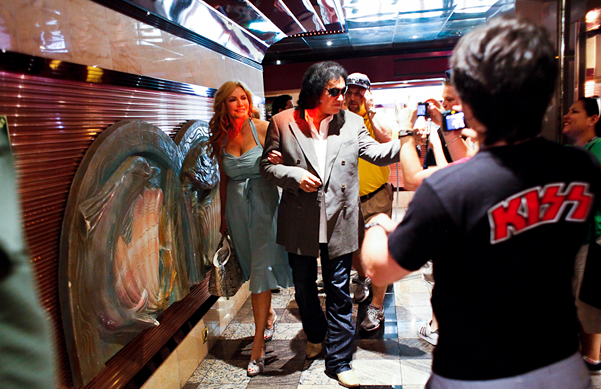 Gene Simmons and wife Shannon Tweed board the ship in Miami. It was one of the first times the couple has been seen in public wearing their wedding rings since they were finally married earlier this month.

5.Creatures of the Night 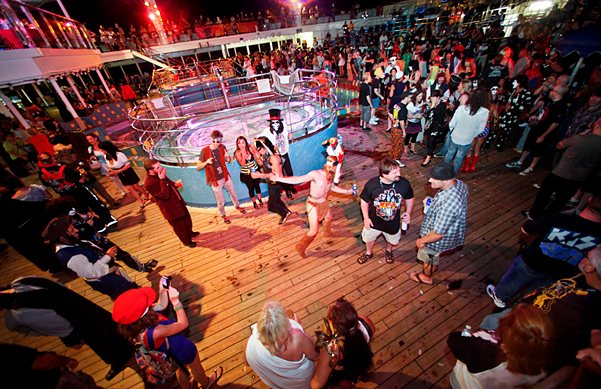 The Saturday night Halloween party on the lido deck. 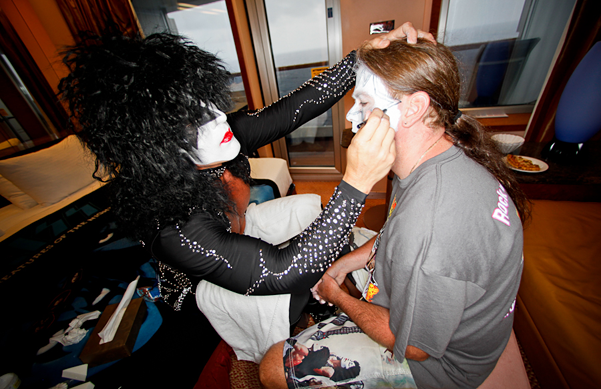 Steve Mitchell paints Kiss superfan Andy Moyen from Boston. Moyen claims to be the first person to own the Kiss Kasket — he showed us the certificate of authenticity and everything! 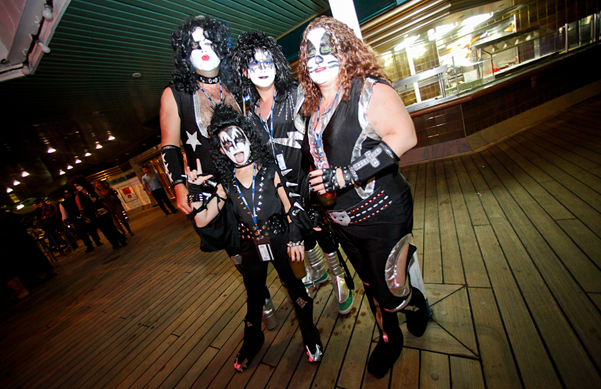 A whole family of Kiss fans at the Halloween party. 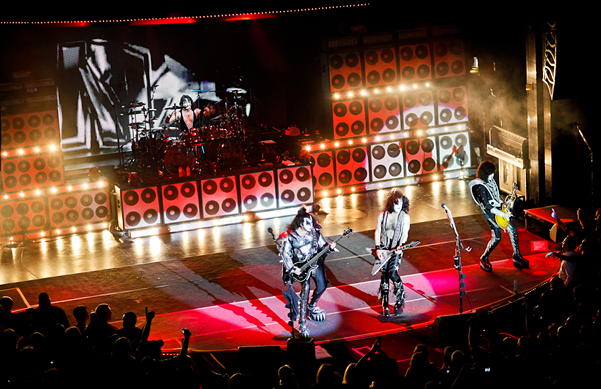 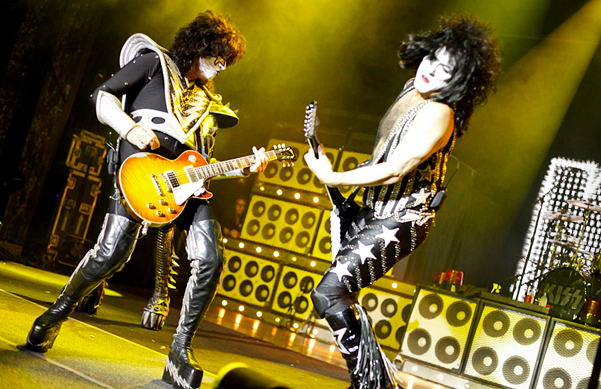 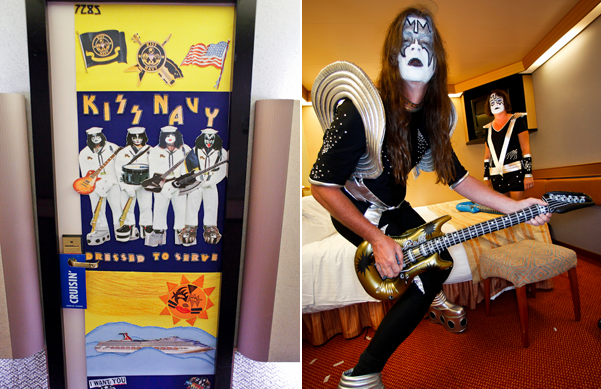 Andy Moyan and his wife Deb show off his '80s-era Tommy Thayer get-up. Andy is renowned as a Kiss superfan and was recognized as such on the boat all weekend. 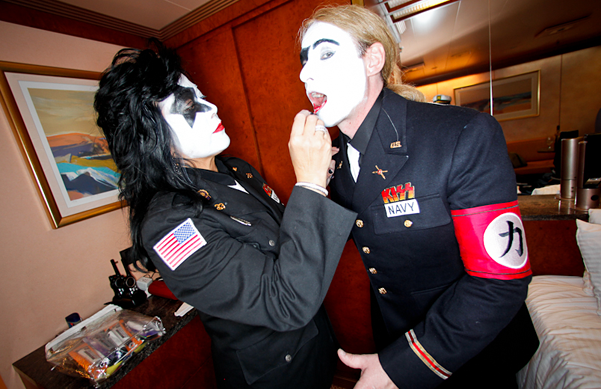 Jamie Ross and Jackie Ram from Long Island won the costume contest as the "Paul Stanley Protection Squad." They had the uniforms custom made in Chinatown. 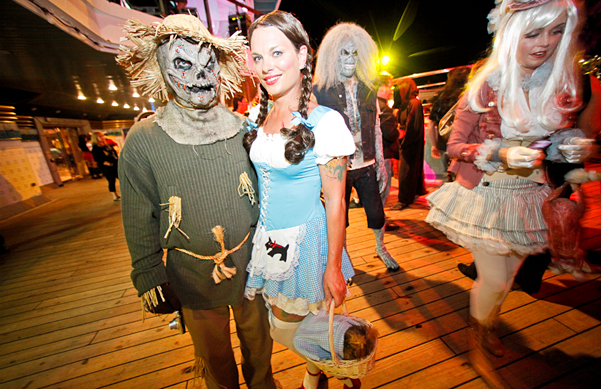 The beer-soaked Halloween party rolled on until 6 in the morning. 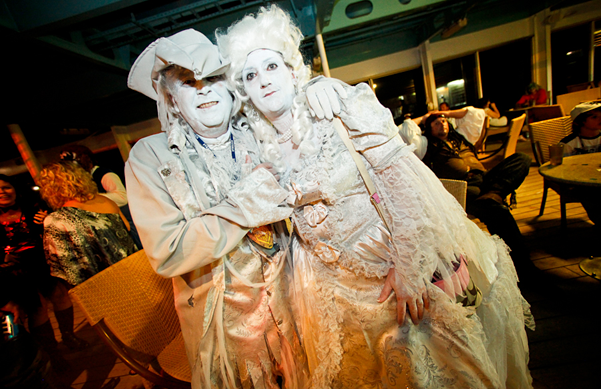 These two ghosts were not speaking to us... However, they may just not know English since Kiss cruisers drew attendees from more than 25 countries! 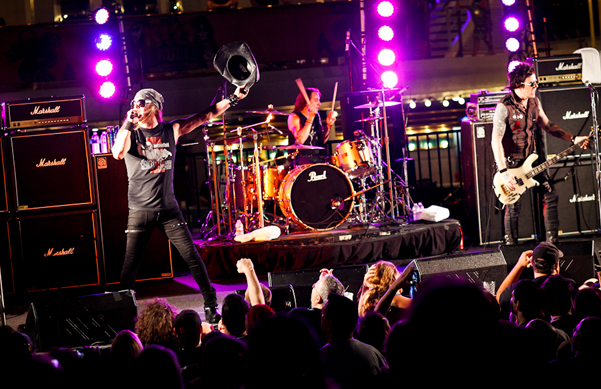 While Kiss mainly stayed in their cabins on the 7th floor, you could find the members of Skid Row everywhere: talking to fans at the bar, soaking in the hot tub or watching the belly-flop competition. 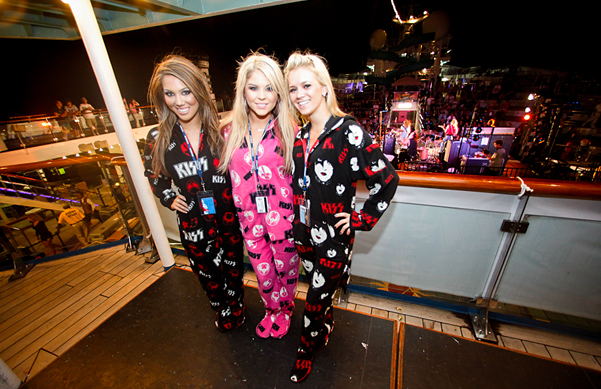 The first 500 people at this party got free Kiss footie pajamas, resulting in more than one argument about cutting in line. 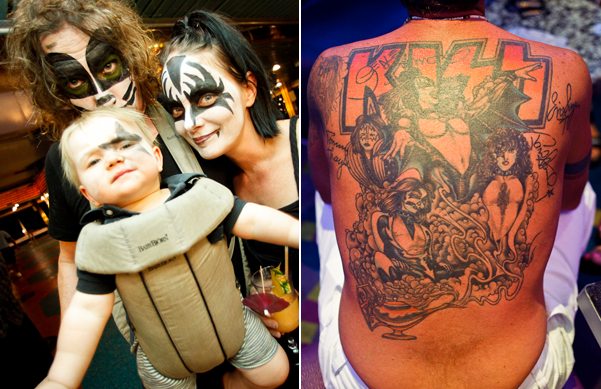 A special cocktail party for members of the Kiss Army, which included wrestler Edge. 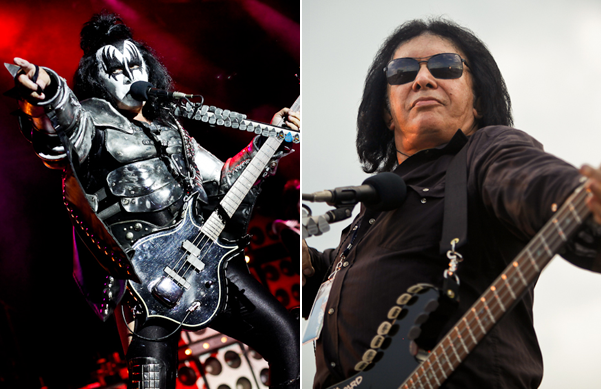 Kiss performed a special "unmasked" set as the boat sailed away from the port of Miami. 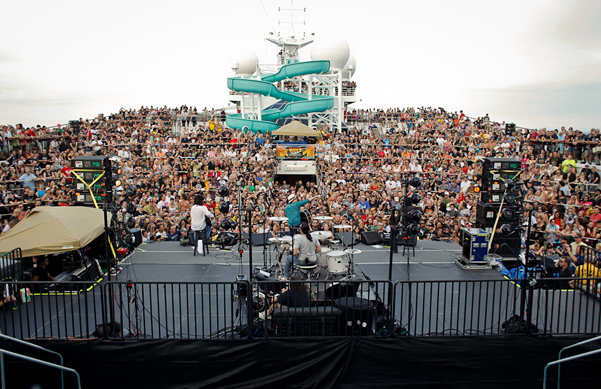 Nearly 2,200 KISS fans attended this year, all of them enjoying this afternoon Kiss "unmasked" set. 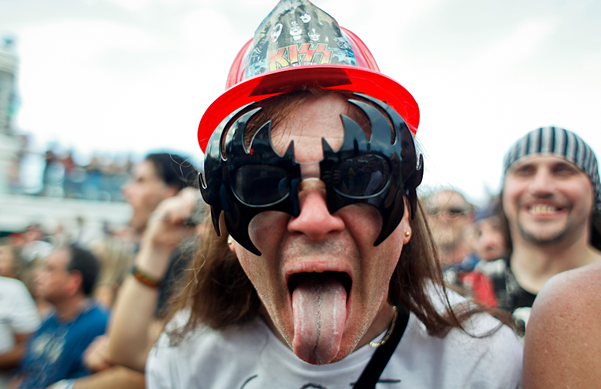