Download the stellar "Hobby Girl" off the Chicago band's new album, out November 8. 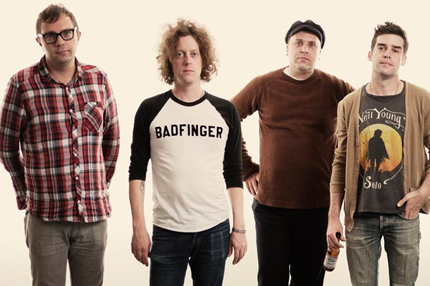 The gloriously ramshackle Lose Your Illusion, Too by Chicago’s Mannequin Men was one of 2009’s highlights, so pardon our excitement over the follow-up (self-titled so as to avoid the problem of having to top that gag). The first track from the band’s fourth record, out Nov. 8, is the midtempo cruiser “Hobby Girl” and you can download it below.

On the song, the quartet goes hard for Replacements-esque guitar jangle, and the vocal harmonies aim for Big Star’s lilting best. But the lyrics really shine, with frontman Kevin Richard suggesting a laundry list of potential hobbies that his lover might take up, so he’s no longer the recipient of her anxious energy. “You could paint a picture, picture of a starry night,” he sings. “‘Cause when I get home, baby I don’t wanna fight.”

The band kicks off a tour just after the album release, beginning November 9 in Cleveland. Click here for dates.