New No Doubt Album Delayed Until 2012

"Ideally our new record would be coming out this year but it's just not ready yet," the ska-punk quartet says on its website. 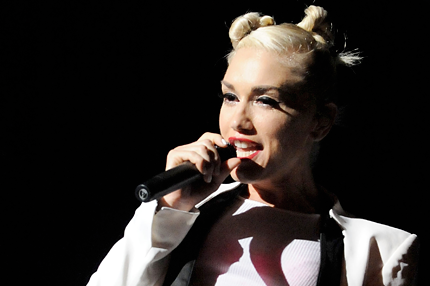 No Doubt’s first album since 2001’s Rock Steady won’t be ready in 2011, the ska-punk quartet has revealed. “Ideally our new record would be coming out this year but it’s just not ready yet,” the band says on its website. “This collection of songs means everything to us and our only priority right now is to make sure it’s the best album we can possibly make. There is still more work for us to do.”

Gwen Stefani and Co. also said they have been working on their new LP in studios throughout Los Angeles. In July, No Doubt announced a collaboration with Major Lazer (the electronic dance act of Diplo and Switch) on a track titled “Push and Shove.” The band previously revealed that producer Spike Stent, who has worked with Madonna and Depeche Mode, is overseeing the recording. The band’s latest update tells fans not to believe anything they hear about collaborations or producers unless it comes straight from them.

No Doubt, SPIN’s May 2009 cover subjects, hit the road two years ago for their first shows together since 2004. Their forthcoming album has been in the making since 2008. Stefani took a break from songwriting when she was having her second son with Bush’s Gavin Rossdale.

Check out No Doubt’s entire message below:

Dear Friends,
We’ve been incommunicado for the past few weeks so we wanted to reach out and say hi. Work on the new No Doubt album is well underway and we can’t wait to share it with you. The past twelve months have been eventful; we performed for Paul McCartney and President Obama at the Kennedy Center Honors, three beautiful new No Doubt babies were born, and we’ve recorded in studios all over Los Angeles. Ideally our new record would be coming out this year but it’s just not ready yet. We don’t want to rush this album just to get it out. This collection of songs means everything to us and our only priority right now is to make sure that it’s the best album we can possibly make. There is still more work for us to do…
We love our fans and are doing this for your ears and want you to know how much we appreciate your patience and support. We’ll keep you updated here at nodoubt.com and on our Twitter and Facebook accounts.
Love,
Gwen, Tony, Adrian and Tom
No Doubt
PS. There have been some stories circulating about us collaborating with outside producers and artists. Please don’t believe anything you hear unless it comes from us.