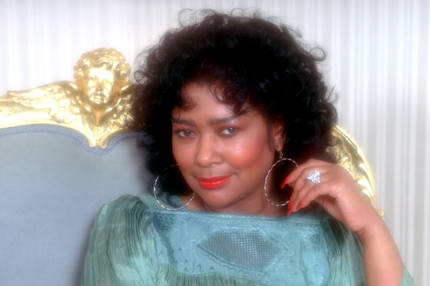 The hip-hop world lost one of its founding figures Thursday with the death of record executive, singer-songwriter, and producer Sylvia Robinson, co-owner of Sugar Hill Records. As The New York Times’ obituary notes, she was 75.

Sometimes called “the mother of hip-hop,” Robinson was best known for masterminding the first commercially successful rap single. She brought together the three rappers known as the Sugarhill Gang and, with husband Joe Robinson, formed Sugar Hill Records to release their song “Rapper’s Delight,” which went on to sell more than 8 million copies.

Though the Sugarhill Gang had no other hits, Sylvia Robinson went on to sign Grandmaster Flash and the Furious Five, producing their pioneering 1982 song “The Message.”

Prior to her role in popularizing the nascent rap genre, Robinson had a number of hits as an R&B singer. In the 1950s, as part of the duo Mickey & Sylvia, she topped the R&B charts with 1957’s “Love Is Strange.” In 1973, now solo and using the name Sylvia, she released the quiet-storm radio staple “Pillow Talk.”

Grandmaster Flash’s recordings included the lyrical boast “Ms. Rob doin’ the job,” Public Enemy frontman Chuck D pointed out to Billboard.biz. “Sylvia’s artistic talent and public notoriety have been mimicked without due credit for the past 30 years in the recorded art form she birthed,” he said. “She was a black woman who pushed the button and turned the key to crank up a billion-dollar industry.”

Robinson died of congestive heart failure at the New Jersey Institute of Neuroscience, where she had been in a coma, a family spokeswoman told the Times. Robinson is survived by her sons Joey, Leland, and Rhondo, and 10 grandchildren. She lost her husband to cancer in 2000.

Hear It: Grandmaster Flash and the Furious Five, “The Message”