1.This Texas Fest is Especially Diverse 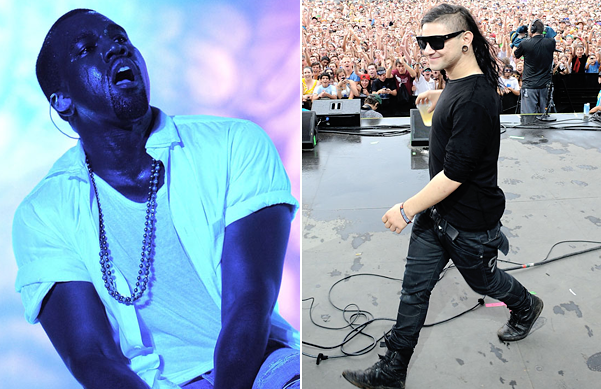 Which isn't to say that rock bands were under-represented: Coldplay and My Morning Jacket provided counter-programming to Kanye and Stevie, and Sunday night's headliner — a triumphant appearance by Grammy winners Arcade Fire — served to maintain ACL's core identity.

Here are our picks for the festival's 12 best moments, which span the genres from country to dubstep. -- Dan Solomon

2.This Texas Fest is Especially Diverse

Which isn't to say that rock bands were under-represented: Coldplay and My Morning Jacket provided counter-programming to Kanye and Stevie, and Sunday night's headliner — a triumphant appearance by Grammy winners Arcade Fire — served to maintain ACL's core identity.

Here are our picks for the festival's 12 best moments, which span the genres from country to dubstep. -- Dan Solomon

3.No. 12, Most Pleasant Slice of Psychedelia: Smith Westerns 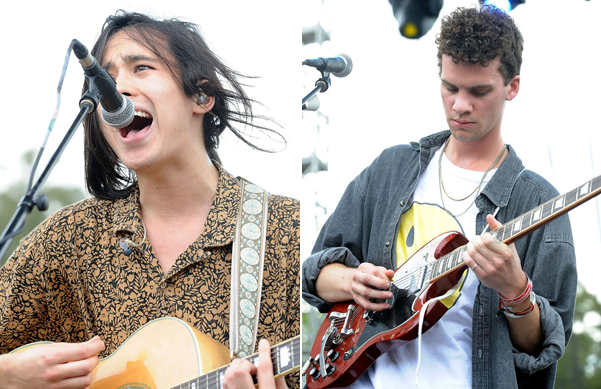 Smith Westerns' brand of '70s glam-infused indie pop came alive during their Friday set, with the Chicago band finding plenty of room for psychedelic asides within their midday slot. The three-guitar setup allowed for some high-speed shredding and outright jamming, which delighted those who like to hear great musicians play great music. "Weekend," which plays like a breezy pop ditty on the band's second full-length Dye It Blonde, shot out louder and heavier as it capped a performance in which the band explored its spacier side to great effect. They walked off the stage 20 minutes before their slot was scheduled to end, but if you're closing on a high note like that, why not drop the mic when you're ahead?

4.No. 11, Most Unlikely Attempt to Steal Cee-Lo's Thunder: Sara Bareilles 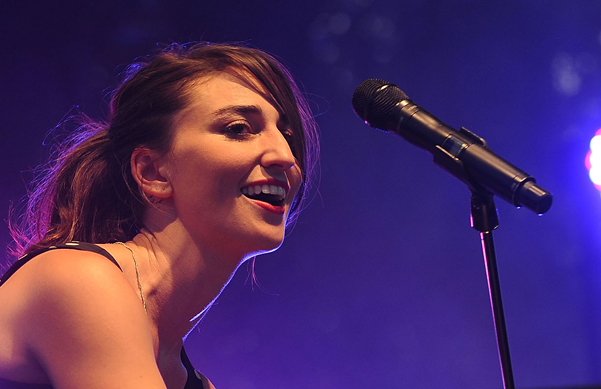 Maybe the Eureka, CA-bred singer-songwriter didn't realize that the Gnarls Barkley crooner was also playing the festival, or maybe she was just so enamored by that song that she didn't care. Either way, Sara Bareilles took Cee-Lo's "Fuck You" for a spin on Friday night, less than 24 hours before tens of thousands would demand the tune from the Soul Machine himself. To her credit, Bareilles' take on the song was delivered as a catchy tribute to Cee-Lo, a gleeful rendition that she clearly adores performing. After the first verse, she offered the song's undeniable hook to the audience, remarking, "It feels good to sing it, doesn't it?" It did.

5.No. 10, Rootsiest turn: Ryan Bingham and the Dead Horses 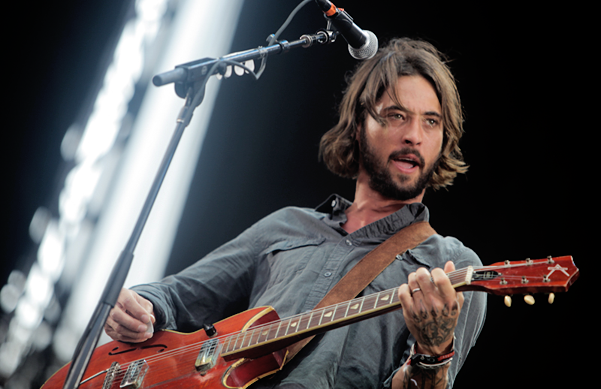 For a festival that originated largely as an alt-country oriented event (the festival's original headliners were Wilco and Ryan Adams), the 10th anniversary edition of ACL was pretty light on whiskey-soaked vocals and fiddles, at least on the big stages. However, Ryan Bingham — the songwriter responsible for Bad Blake's oeuvre in the Jeff Bridges film Crazy Heart — provided a return to the festival's roots on Sunday afternoon. This is still a Texas music festival, after all, and the crowd ate up a native son's gravelly-voiced songs about heartache, trains, and the back roads of West Texas. 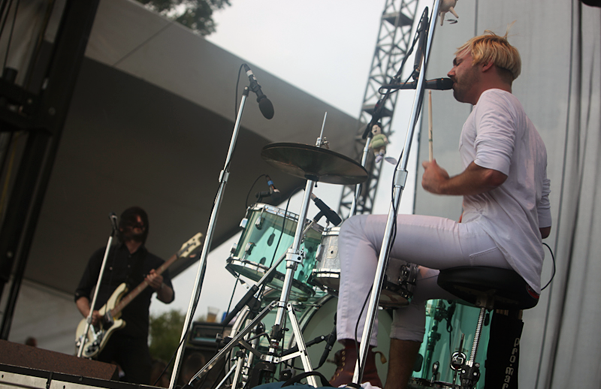 When Death From Above 1979 made their surprise reunion at SXSW this year, the amassed crowd of fans who couldn't fit in the venue tore down a fence to get a better look. In the end, mounted police hit the streets to chase over-eager fans off before something resembling a riot broke out. At ACL, anyone who wanted to see them play just simply had to pony up for a ticket. The band had already performed at Sasquatch, Lollapalooza, and Coachella — so would the crowd still care? The answer was yes. The enthusiasm was cranked way up for the band, which drew a massive throng of fans who have evidently missed the Toronto-based dance-punk duo since their 2006 breakup. The jumbotron cameras cut away to shots of crowd-surfing, masses of bodies in motion, and people generally going apeshit. It was a fine welcome back to a band whose popularity has only grown in their absence.

7.No. 8, Most Enthusiastic Crowd: Skrillex 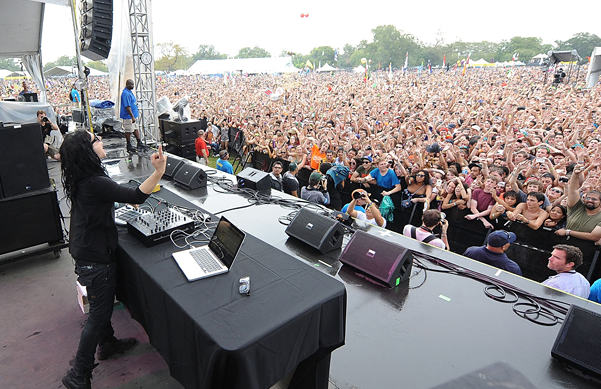 The house for Skrillex was absolutely packed before the DJ-producer born Sonny Moore even took the stage — and there was a crush of several thousand people rushing to get close as he dropped the first beats. If you were wondering where the teenagers were, the answer was simple: Skrillex. He worked them into a frenzy. Stevie Wonder may have played the main stage that night, but Skrillex was the crowd's headliner. 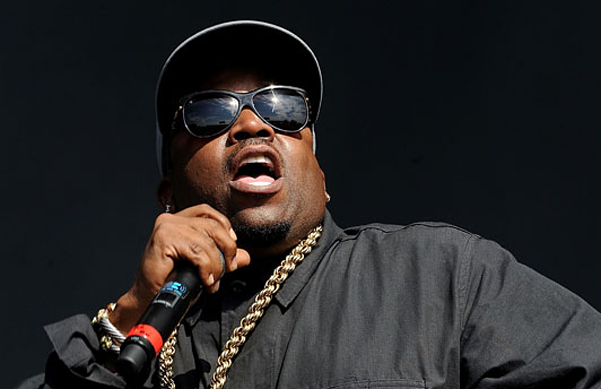 "We've got so many hits, we're gonna let you pick what we do next," the erstwhile OutKast rapper declared early into his Friday afternoon set, and the crowd responded with a near-unanimous call for "Ms. Jackson," the poppy jam from OutKast's 2000 release Stankonia. Even for an Austin crowd that can be a bit hip-hop-shy (homemade "fuck Kanye" t-shirts were hot festival apparel), there was hardly a head left un-nodding just a few songs into Big Boi's act. His stage setup didn't hurt, either. Fronting a seven-piece band, it was easy for the emcee to come out with an energy that the crowd, who'd been steadily roasting as temperatures crept toward 100 degrees, needed to keep going. When he was done with "Ms. Jackson," Big Boi led a chant of, "Newwwww shiiiiiiit!," ensuring that even if he was open to suggestions, he'd be the one calling the shots. Everyone seemed just fine with that. 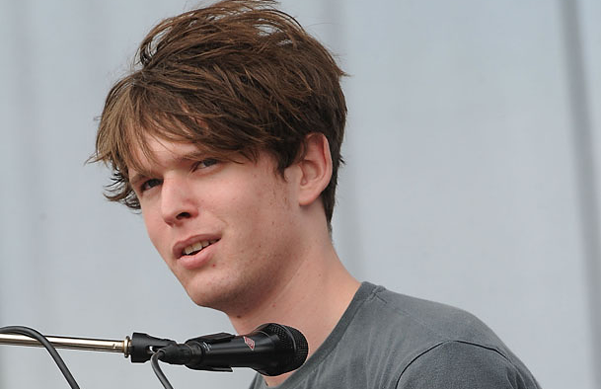 On his Mercury-Prize-nominated self-titled debut, James Blake's minimal, dub-influenced sound is all about the emotive, rainy-night atmospherics that it conjures. So the question was logical: How would that translate to a 3 P.M. slot on a sunny late-summer afternoon?

The answer is that Blake's songs are still just as effective, and his band — a minimal group determined to make their presence known even with just guitar, drums, and Blake on keys — was all too happy to let looped pieces of auto-tuned vocal become the foundation for a set that sounded perfectly matched for a huge, sweltering crowd. Album highlight "I Never Learned To Share" found new breathing room, growing from a pretty folk tune into something much bigger and even more beautiful.

10.No. 5, Best Performance in an Iffy Timeslot: My Morning Jacket 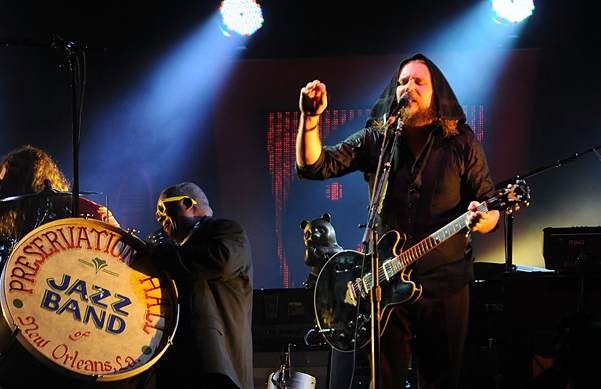 It's pretty hard to complain about being selected as a headliner for a major American music festival, but if you're a rising middleweight band like My Morning Jacket, being scheduled opposite a bonafide once-in-a-lifetime legend like Stevie Wonder is a tall order. That said, they sounded 100% arena-ready.

Frontman Jim James' reverb-drenched voice filled the park. On opener "Victory Dance," he ended the song with his back to the audience, belting out a preternatural howl, then led the crowd into a clap-along version of "Circuital." The Louisville, Kentucky, band continued on from there, making it clear that they absolutely belonged on that stage, in that time slot, on that night. From the impassioned opening to the final three songs — which had Preservation Hall Jazz Band jamming alongside them — My Morning Jacket nailed it. 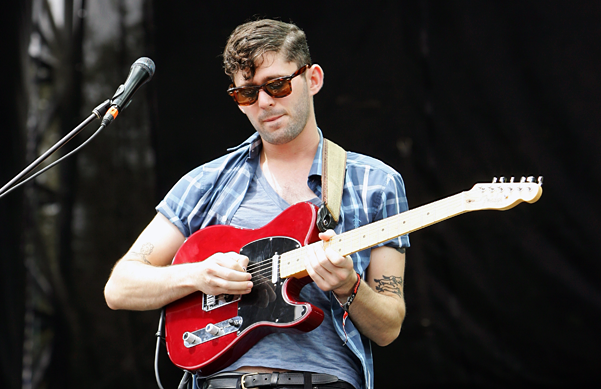 The last time the Antlers played in Austin, it was a club show near the start of the Brooklyn-based band's summer tour. After a few months spent on the road behind their latest record, Burst Apart, the trio had shed its endearingly awkward, "we're just some dudes playing some songs we wrote" stage demeanor and commanded its early-afternoon slot on Saturday like a fully grown-up rock band without an ounce of baby fat. They won the crowd with their moody sound, sharp guitar riffs, and soaring Jeff Buckley-esque falsetto vocals.The Antlers, "I Don't Want Love"

12.No. 3, Most Triumphant Performance: TV On the Radio 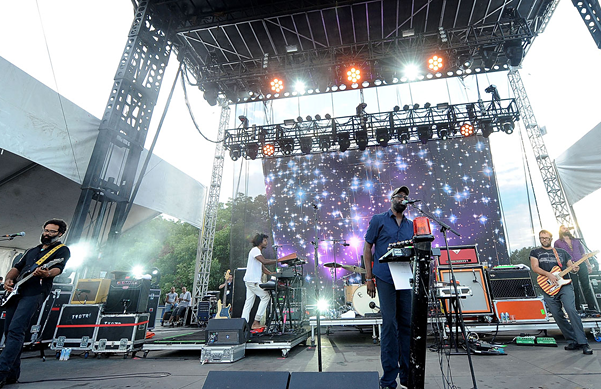 Losing a band member is tough — bassist Gerard Smith died of cancer in April — but part of a musician's process of mourning (and healing) happens through performing. And it was hard not to feel a heavy sense of catharsis when the band broke into "Caffeinated Consciousness" from this year's Nine Types Of Light. The song played out like a straightforward power rocker during their early evening set on Saturday, with shouted, punk rock-y vocals and a seering new energy; it was a firm statement: We're still alive and this is our time.

13.No. 2, Best Reason to Care About the Blues Again: Gary Clark Jr. 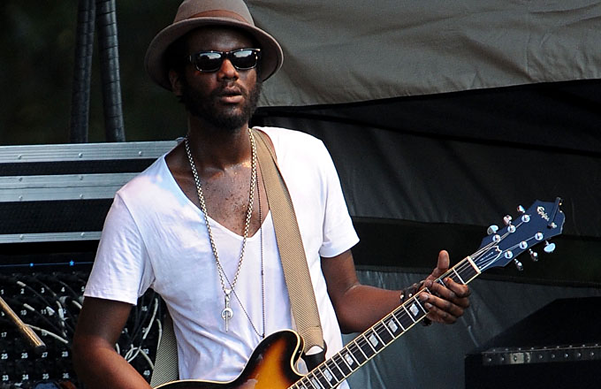 Gary Clark Jr. opened up his set with a little bit of virtuosic noodling, as if to inform the audience that, yeah, he's got chops. As soon as he'd established that, though, the Austin native rode a riff that didn't quit into "When My Train Pulls In," a stomping blues that owed at least as much to the Black Keys as it did to the memory of Stevie Ray Vaughn. As a guitarist, he's not afraid to solo, but it never feels like showing off. And Clark's songs, especially the uptempo throwback "Don't Owe You A Thing" and the heavyweight set-closer "Bright Lights," are just too damn good to ever get boring. We'd love this guy even if he didn't make his guitar sing the way that he does. 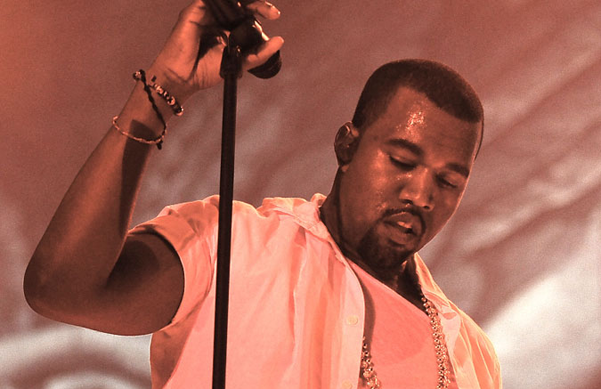 Oh, so what if the set was virtually identical to the well-documented, on YouTube and elsewhere, performance that Kanye delivered at Coachella in May? Citizen Kane is the same every time you watch it, too, and nobody complains about that.

What Kanye offered was an airtight performance that silenced the skeptics (at least those whose friends refused to let them take their "Fuck Kanye" t-shirts over to the Coldplay stage) and rewarded the faithful, from the operatic opening of "H.A.M." to the emotionally-charged third act of "Runaway," "Lost In The World," and "Hey Mama." In between, Kanye kept the rambling to a minimum ("they got me on a curfew," he offered by way of explanation) as he peeled off hit after hit.

In one rare instance of addressing the crowd directly, 'Ye explained during "Runaway" that this would be the final time that he'd be performing the material in this way. It was a fitting way to retire it, with the dancers behind him and the stage utterly dominated by the emcee.

Despite rumors to the contrary, Kanye played the entire set with no surprise guests (even though recent collaborator Justin Vernon had ended a Bon Iver tour in town just a few days earlier). He didn't need anyone else. The set was as sharp and polished as West's brand demands. No one man should have all that power, indeed.