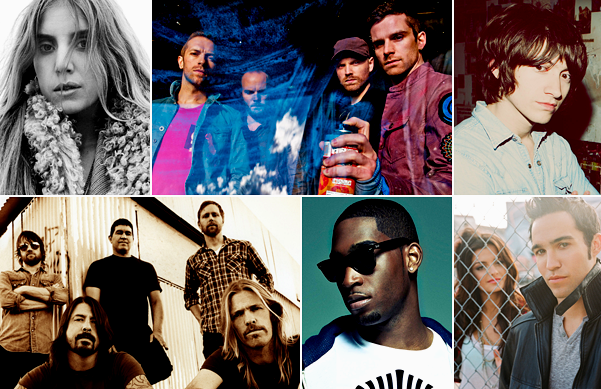 It's the 20th anniversary of Lollapalooza, and the August 5-7 Chicago festival features a whopper of a lineup, ranging from chart-topping heroes like Eminem, Coldplay, and Foo Fighters to its usual assortment of hot up-and-comers, quality hip-hop, and edgy dance music, starring Skrillex and Kid Cudi, among others.

Here, we highlight 20 acts you need to know about — whether you're heading to Grant Park or just enjoying them at home. Check out our picks, hear tunes, and watch videos!

It's the 20th anniversary of Lollapalooza, and the August 5-7 Chicago festival features a whopper of a lineup, ranging from chart-topping heroes like Eminem, Coldplay, and Foo Fighters to its usual assortment of hot up-and-comers, quality hip-hop, and edgy dance music, starring Skrillex and Kid Cudi, among others.

Here, we highlight 20 acts you need to know about — whether you're heading to Grant Park or just enjoying them at home. Check out our picks, hear tunes, and watch videos! 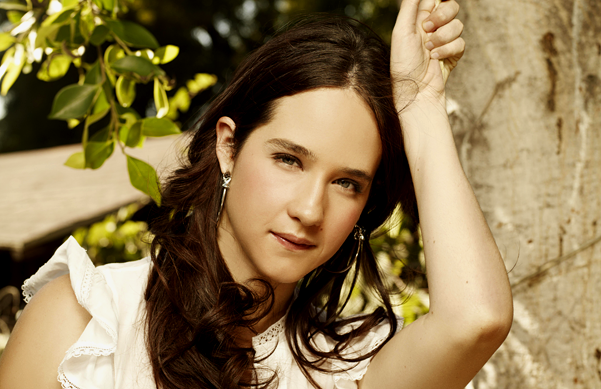 Why She Matters: The 25-year-old's English-language debut is proof that not all child actresses who segue into music turn out like Miley Cyrus or Selena Gomez. Working with producers Greg Kurstin (who's written for Lily Allen and plays with the Bird & the Bee) and TV on the Radio's Dave Sitek, her self-titled LP is smart, sophisticated, and surprising pop.

You Should Know: Omar Rodríguez-Lopéz, of the Mars Volta and At the Drive-In, plays bass on the record. He also happens to be Ximena's squeeze. 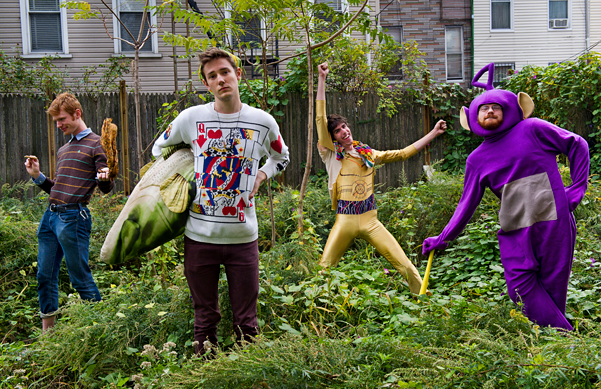 LISTEN: Reptar, "Stuck in My ID" 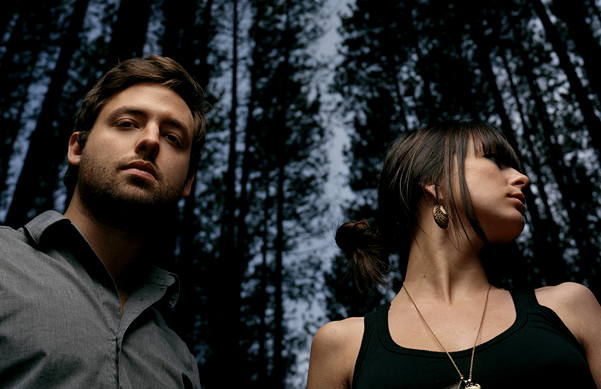 Why They Matter: Friends since junior high school, Sarah Barthel and Josh Carter crafted a unique brand of edgy synth-pop on last year's Eyelid Movies. Their blending of electronic loops, hip-hop beats, shoegaze, soul, and pop suggests a diverse urban influence, although they grew up and live in rural New York state.

You Should Know: The band recently caught the attention of renowned indie-rock aficionado Jay-Z -- or at least his editorial team, who big-upped the duo on Hova's Life & Times.

LISTEN: Phantogram, "As Far As I Can See" 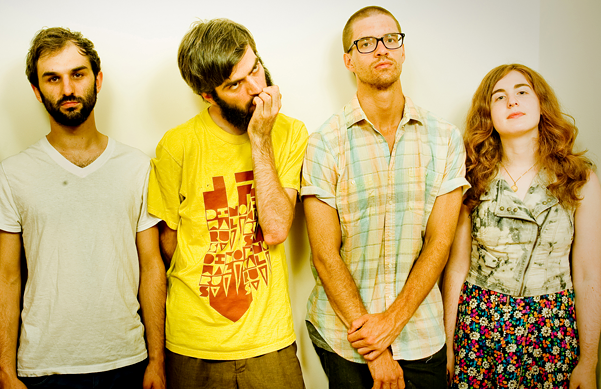 Why They Matter: Say what you will about the Garden State's toxic dumps or the mobsters buried in the swamps, but the place sure churns out authentic rock'n'roll, a legacy that applies to this quintet. Last year's The Monitor is the band's sprawling, rocket-fueled punk epic that marries Civil War imagery with the story of a romantic breakup.

You Should Know: Frontman Patrick Stickles is one of the most literate dudes in rock today, and not just for naming his group after an obscure Shakespearean tragedy. Check out the band's blog for some of the best commentary on music you'll read anywhere on the net. 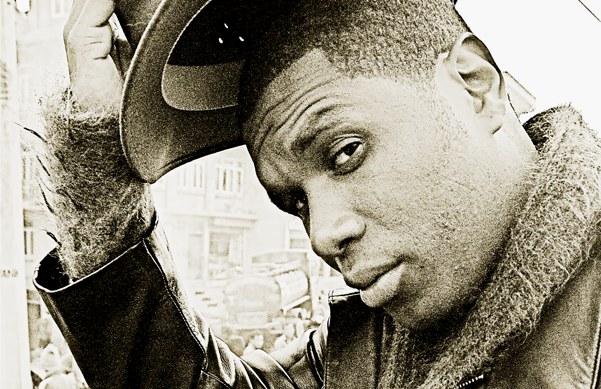 [Editor's Note: Jay is recording in the U.K. and has canceled his Lollapalooza appearance.]

Why He Matters: We called this offbeat rapper "hip-hop's best new MC" two years ago, for good reason. His flow recalls some of the game's grittiest, particularly Nas and Rakim, but his worldview is anything but what you'd expect: He goes on Hindu spiritual retreats, live tweeted the birth of his daughter with Erykah Badu, and works Yiddish words like "yarmulke" into his rhymes.

You Should Know: Jay is a relative latecomer to success: His past includes a stint in an Atlanta homeless shelter, and even after his 2009 breakthrough, he was still unsigned until last year, when Jay-Z's Roc Nation picked him up. 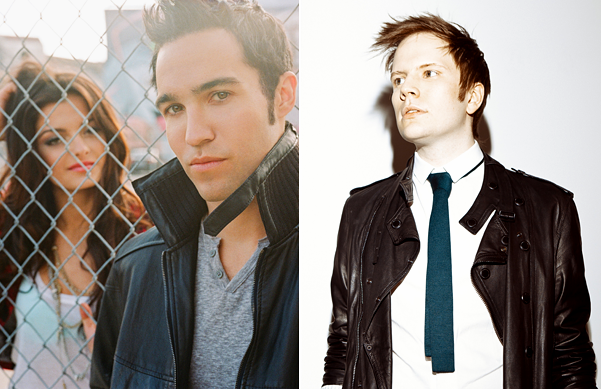 Why They Matter: With Fall Out Boy on hiatus, Lollapalooza will mark the first time that Pete Wentz (now rocking with reggae-infused pop band Black Cards) and Patrick Stump (who has embarked on a solo career) have shared a festival bill. Neither has seen the other play live with their new projects, so expect some sidestage hangouts at Lolla.

You Should Know: Wentz often makes Lollapalooza a long party weekend, hosting events at Angels & Kings, the bar he co-owns at the Hard Rock Hotel in Chicago. 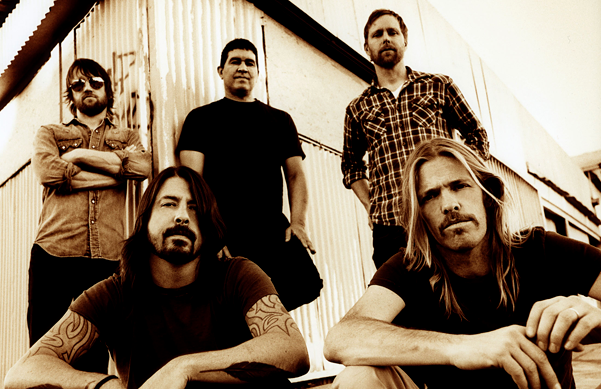 Why They Matter: Dave Grohl's post-Nirvana band ascended from place-holder to stadium-filler with their combo of tough-as-nails rock and charmingly quirky music videos. Sixteen years since their debut, the Foos' legacy is as worthy of celebration as Nirvana's.

You Should Know: Nirvana bassist Krist Novoselic played on the Foos' latest album, Wasting Light, and has popped up once to perform live with the Foos -- whose lineup now once again includes ex-Nirvana sideman Pat Smear -- in recent months. Nirvana was also set to headline Lollapalooza in 1994, before Kurt Cobain's death. Could this year's fest be the setting for something special? 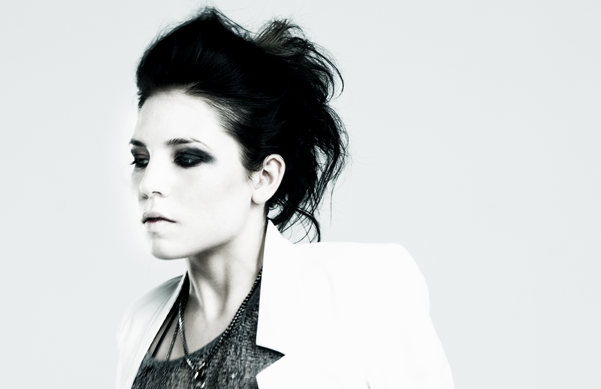 Why She Matters: After toiling for years in the music biz, with a brief blip singing on Fort Minor's hit "Where'd You Go," Holly Brook Hafermann co-wrote one of 2010's biggest hits, "Love the Way You Lie," the fiery Eminem collaboration with Rihanna. Now with a new moniker, Skylar Grey is poised to break through on her own.

You Should Know: "Love the Way You Lie" isn't Grey's only big moment in the past year. She sings on Lupe Fiasco's "Words I Never Said," and co-wrote Diddy-Dirty Money's "Coming Home" and "Castle Walls," the T.I./Christina Aguilera collabo.

WATCH: Skylar Grey, "Dance Without You" 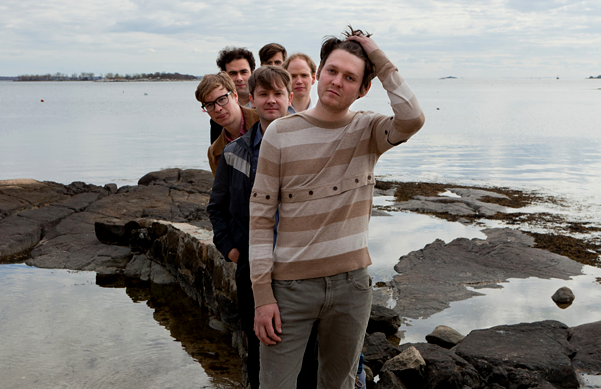 Why They Matter: Who knew that chamber pop with an Eastern European flair would find such admiration among indie-rock listeners? Probably not even Zach Condon, the main man behind Beirut, who broke through with 2006's Gulag Orkestar. The band's Aug. 30 release, The Rip Tide, promises to veer a bit from the Baroque instrumentation employed on earlier releases for a more streamlined sound.

You Should Know: It's not Beirut, the city, that holds the band's most devoted international crowd, but Brazil. After being featured on a prominent mini-series, the group's star soared, and in 2009 Beirut fans performed covers of their tunes simultaneously in nine Brazilian cities. 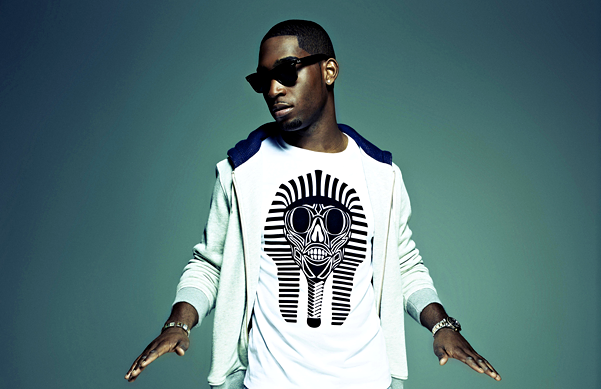 Why He Matters: It's been nearly impossible for British rappers to break through in America, but this fella is bucking that trend, lodging a song -- "Written in the Stars" -- in the Top 20, and working with U.S. talents like Wiz Khalifa. His debut album, Disc-overy, which came out last year in the U.K., arrived here in the Spring and is already a breakout hit.

You Should Know: While Tinie's still becoming familiar to American audiences, he should be a household name for fans of pro wrestling: "Written in the Stars" was the theme song for WrestleMania XXVII! 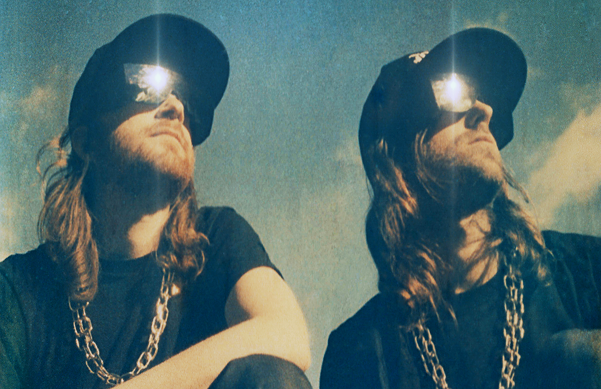 Why They Matter: Get your earplugs ready! This duo's grimy, beat-driven experimental rock truly explodes in their mind-blowing, eardrum-pummeling live show, which was in top form at this summer's Bonnaroo festival.

You Should Know: Evan Mast and Mike Stroud's best known song isn't one they recorded themselves, but one they produced: Kid Cudi's hallmark hit "Pursuit of Happiness." 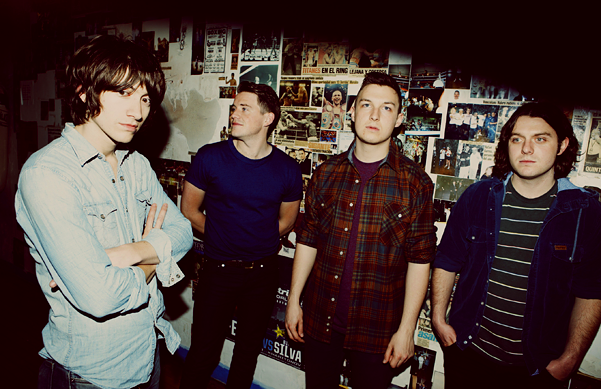 Why They Matter: You could say that this quartet was the first breakthrough band of the social media era, capitalizing on MySpace fandom in 2006 to notch the fastest-selling debut in U.K. history. But while MySpace is just treading water in 2011, the Monkeys are in top form, having dropped the confident Suck It and See, which boasts both rowdy, post-punk stormers and nuanced pop.

You Should Know: While the Monkeys' ascent has been rapid, it's been without much of the silly drama that often accompanies a young band's initial blast of success. Proof? The guys still meet for home-style Sunday dinners. "I'm nothing to shout about in the kitchen," frontman Alex Turner told SPIN. "But me and [drummer] Matt [Helders] have been doing sort of the roast-beef-and-Yorkshire-pudding traditional Sunday roast." 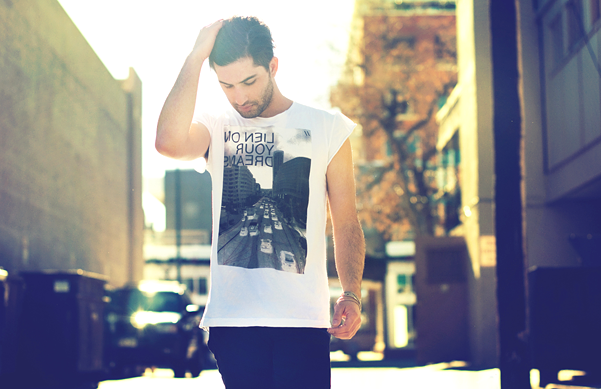 Why They Matter: Kamtin Mohager, who records under the Chain Gang moniker, has crafted one of the year's most fun debuts, a mélange of dance music ranging from Cut Copy-esque rave pop to Thompson Twins-y synth numbers. It's lighthearted enough for an outdoor festival gig, but pulsating enough for the club.

You Should Know: Mohager's band name comes from two sources: The "1974" is the title of a song fromRyan Adams' 2003 album, Rock N Roll, while the "Chain Gang" is culled from the Raveonettes' debut full-length, Chain Gang of Love, which also arrived in 2003. 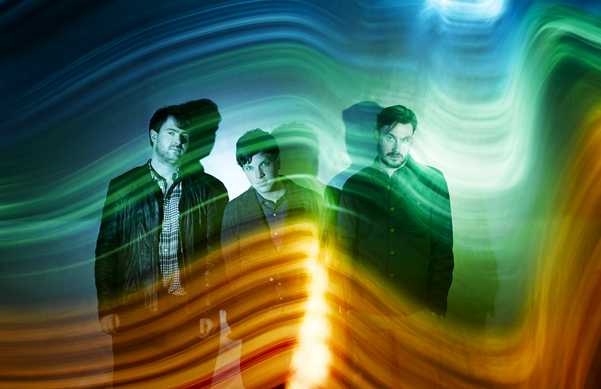 Why They Matter: This fresh-faced trio moved more than 200,000 copies of their 2008 self-titled debut album, and were nominated for Britain's prestigious Mercury Prize, all based on the strength of their frenetic dance rock. The band's sophomore set, Pala, emerged in May, painstakingly recorded over a full year.

Hometown: The band worked on Pala with producer Paul Epworth, who has topped his early '00s success helming albums for Bloc Party and the Futureheads by moving mainstream, collaborating with Florence Welch, and co-writing the year's biggest hit, Adele's "Rolling in the Deep." 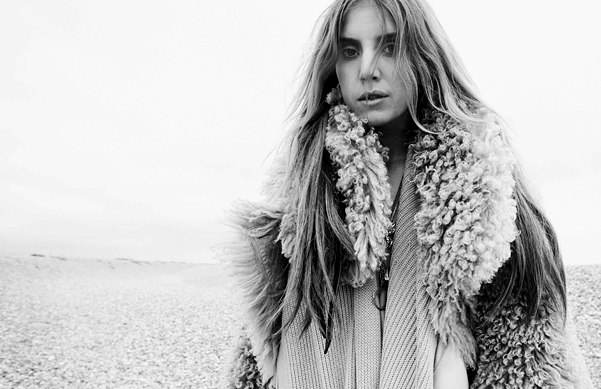 Why She Matters: After breaking through in 2008 with the groovy dance pop of Youth Novels, the 24-year-old returned this year with Wounded Rhymes, a collection of equally charismatic tunes with a chilling dark edge. Lollapalooza is her only American festival appearance of the year.

You Should Know: Both of Lykke's parents played music. Her mom, photographer Karsti Stige, performed in an all-girl punk band called Tant Strul. Her dad, Johan Zachrisson, was a guitarist in a reggae rock band called Dag Vag. 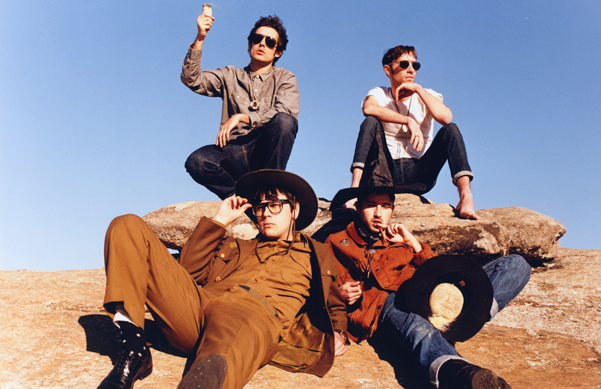 Why They Matter: They're the hardest working band in garage-punk, having toured like crazy for the better part of a decade, leaving a trail of catchy-as-hell tunes in their wake -- not to mention urine-soaked stages, an occasional smashed guitar, and, in India a few years back, a horde of authorities who wanted to lock them up on account of a boy-on-boy onstage smooch.

You Should Know: The band was once approached by mall clothier American Eagle to use their song "Bad Kids" in an ad campaign, but only if they would change the title to "Rad Kids." The song's original lyrics: "Six F's / On my report card / Smoke cigs / In the bathroom stall / Spray paint / A penis on the wall." The proposed changes: "Six A's / On my report card / Blow bubbles / In the schoolyard / Go draw / All my favorite things." Black Lips not-so-politely declined. 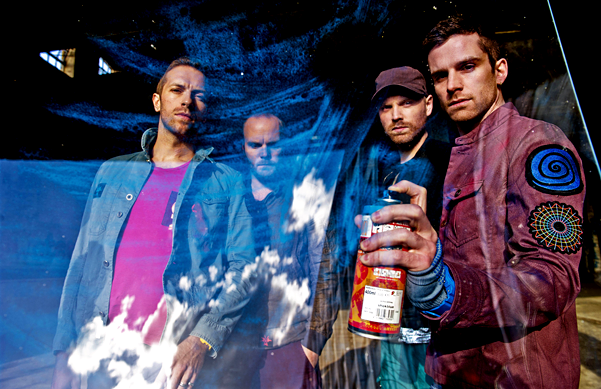 Why They Matter: They defy expectations with each subsequent release, crafting complex pop music that's unabashedly adored by millions, and augmented by frontman Chris Martin's affable, self-deprecating charm. Material that's emerged so far from their fifth album, due this fall, finds them veering into aggressive, Achtung Baby-sounding rock, tempered by doe-eyed piano balladry.

You Should Know: Here's how much Coldplay means, financially, to their label, EMI. In 2005, when the band delayed the release of their album X&Y (which went on to debut at No. 1 around the world), the company had to reforecast their projected profits for the year.

Coldplay, "Every Teardrop Is a Waterfall" 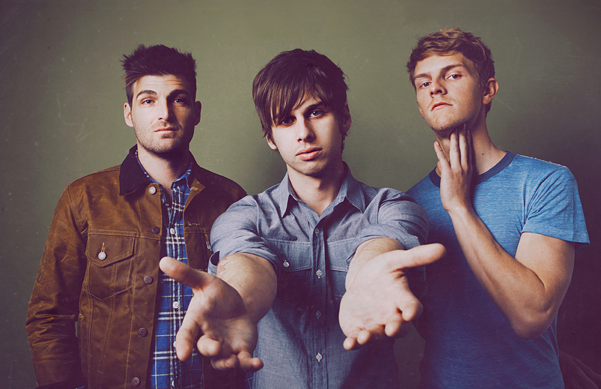 Why They Matter: When folks look back on 2011, many of them will be humming along to "Pumped Up Kicks," this band's smooth sailing, girlfriend-approved viral ode to a distraught kid about to go postal (seriously). But their debut, Torches, reveals chops that suggest they'll be more than one-hit wonders, and an overflow set at Coachella sealed the deal.

You Should Know: On their Tumblr, the bandmembers like adding kitties to select photos for loads of cutesy aww-inspiring fun.

Foster the People, "Pumped Up Kicks" 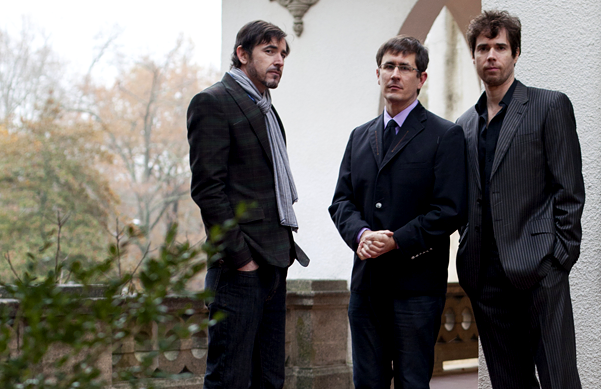 Why They Matter: John Darnielle is one of the most eloquent (and worshipped) songwriters of the past 15 years whom not enough people know. His uber-personal songs, which began as lo-fi home recordings and now get proper studio polish with band members Peter Hughes and Jon Wurster, delve deeply into questions of faith and politics, among other subjects.

You Should Know: When he's not writing music, Darnielle has another passion: ice hockey. He covered the NHL All-Star Game in Raleigh for The Independent, the area's alt-weekly. 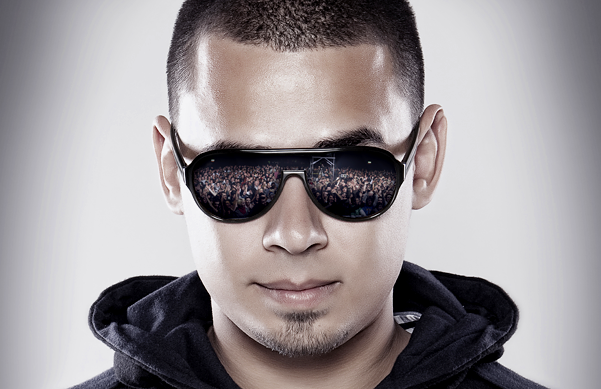 Why He Matters: Following in the footsteps of mentor David Guetta, this Dutch DJ/producer is bringing his acid house aesthetic to the pop charts, working on music with the likes of Black Eyed Peas, Pitbull, and Snoop Dogg, and remixing everyone from Madonna and Lady Gaga to Brit rockers the Wombats.

You Should Know: The man born Nick van de Wall began his production career at the ripe age of 11, using a shareware program called Fruity Loops to craft homemade beats in his bedroom.