Hear "I Might," a folk fuzz-bomb from the Chicago band's upcoming LP The Whole Love. 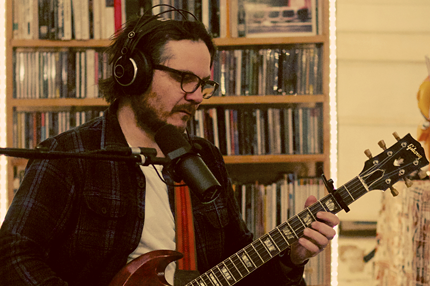 Rejoice Wilco fans: The Chicago band has dropped “I Might,” the first single from their upcoming eighth studio album, called The Whole Love. Listen here.

The track went on sale as a 7-inch single — with a cover of Nick Lowe’s “I Love My Label” as the B-side — at the band’s second annual Solid Sound festival in North Adams, Massachusetts. “I Might” is a snappy folk fuzz-bomb with overdriven bass, pumping organ, plinking xylophone, and a wild and distorted guitar solo. On the chorus, frontman Jeff Tweedy barks, “It’s alright / You won’t set the kids on fire / But I might.” It’s Dad Rock at its edgiest.

The “I Might” single hits stores July 19. The full LP is expected this September.