Download "Lost But Not All Gone" off the Rhode Island band's upcoming opus, The Color Spectrum. 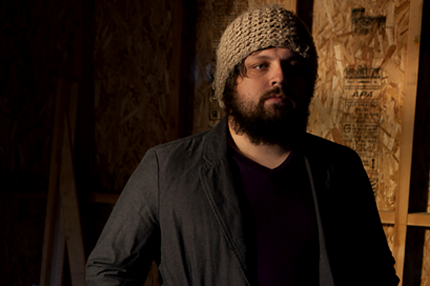 In this era of easily downloadable singles, you’d think the idea of a concept album would be on life support, but if that’s the case, no one told Casey Crescenzo, the creative force behind the Rhode Island band the Dear Hunter. Next month, he’ll release The Color Spectrum, a 36-song collection divided into nine EPs named after each color in the ROYGBIV scale, plus Black and White, for good measure. Download White’s “Lost But Not All Gone” here.

The Dear Hunter, “Lost But Not All Gone” (DOWNLOAD)

Like the opus from which it comes, the song is a sprawling, heady mix, merging some of the challenging piano work of latter day Ben Folds Five with a bit of Muse-y, glam rock melodrama. Citing inspiration from painter Andrew Wyeth and Flaming Lips whiz Wayne Coyne, Crescenzo set the creative bar high, and, on this track, he reaches it.

Crescenzo took a full year to write and record The Color Spectrum, embarking on the creative journey by crisscrossing America’s highways along with a camera, his guitars, his dog, and his fiancée. He returned with the album’s building blocks, and his relationship intact, too.

The Dear Hunter are out on the road now with San Francisco rockers Dredg, and a headlining tour is planned for July and August. As for plans to play The Color Spectrum live, a spokesperson for the band said it’s a “possibility.”

FestWatch: FYF Announces Lineup, Plus Oya, End of the Road, and iTunes Additions