Grammys: Who Will Win? And Who Should Win?

SPIN breaks down this year's major categories, from Album of the Year to Best New Artist. 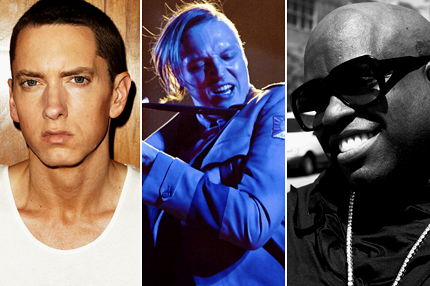 Doing an office pool for this year’s Grammy ceremony, which airs Sunday, Feb. 13, at 8:00 PM on CBS and features performances by Eminem, Arcade Fire, Cee Lo Green, Lady Gaga, Katy Perry, and many others? SPIN has a highly scientific guide to who’s going home with the most trophies on music’s biggest night. (Hint: we totally broke into the offices of the accounting firm that counts up the ballots. Sorry, Deloitte Touche!).

Below, check out our picks of the top Grammy categories, and tell us what you think in the comments.