Why He’s Called… Iron and Wine 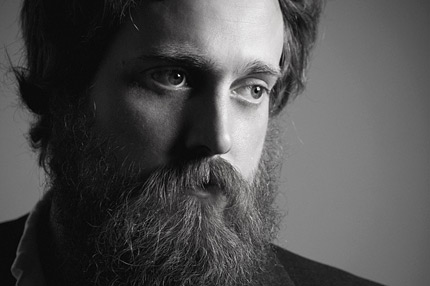 This week: Iron & Wine’s Sam Beam, whose stellar new album, Kiss Each Other Clean, is due January 25, the same date that the Austin, Texas, singer-guitarist begins his winter tour.

Why Iron & Wine: “Back in ’98 or so when I was in film school I was working on lighting for a movie in Georgia, out in the middle of nowhere at a gas station,” recalls songwriter-mastermind Sam Beam. “Inside the gas station they had a bunch of old home remedies like castor oil, and one of them was a protein supplement called Beef, Iron & Wine. I just dropped the Beef part. I recognized that a lot in my writing I’m trying to show both sides of the coin — the sour and sweet. Iron & Wine seemed to fit with that duality and I thought it would be more interesting to call the project that rather than use Sam Beam. I never tried the stuff, though. Hell no. Someone told me that I should try and get sponsoring. So if they’re reading…”

Previously Rejected Names: “I never really thought about it before finding Iron & Wine. Music was still just a hobby for me back then. I’d never even played a show at that point. Iron & Wine was the first and last name I picked.”

Best Band Names Ever: “I like ones that pertain to the music they make. Talking Heads does that somehow. More often than not band names are just a quirky joke that doesn’t really stay funny for very long. It’s like Homer Simpson’s barbershop quartet, the Be Sharps. At first you’re like, ‘That’s funny!’ Then you’re like, ‘It’s not that funny.'”

Worst Band Names Ever: “I don’t want to single anyone out. I’ll just say that there are a lot of not good band names out there.”