The full video of the band's summer festival gig at Splendour in the Grass hits the web. 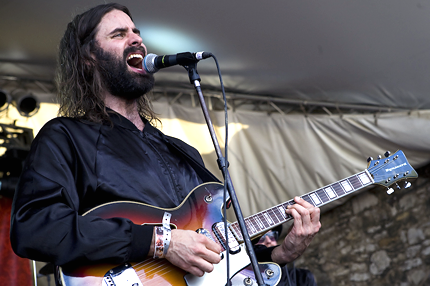 On their self-titled debut album, Miike Snow – featuring pop pros Bloodshy & Avant and singer Andrew Wyatt – proved they were whizzes in the studio, but it turns out they have live chops, too. Australia’s Triple J radio just posted a hot seven-song, 45-minute set from the group’s appearance at the Splendour in the Grass Festival last summer. Stream the gig in its entirety below.

Miike Snow’s set – captured in crisp, high-quality audio – features the group’s breakout hits like “Animal” and “Sylvia,” along with overlooked gems like sprawling spaced-out number “The Rabbit” (from the deluxe reissue of the band’s debut album) and the gorgeous electro ballad “Burial.” Dig in!