Jarvis Cocker gets original lineup back together for summer festival dates. 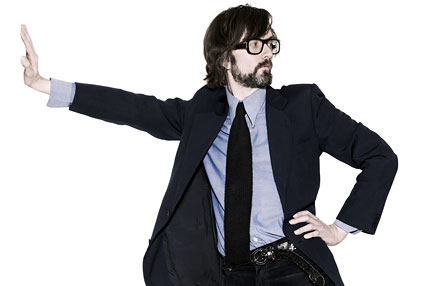 After rumors swirled that they would be headlining Glastonbury 2010, Pulp have now officially confirmed they’ll be reuniting for 2011 dates, including slots at U.K.’s Wireless Festival on July 3 and Barcelona’s Primavera Sound Festival on May 27. The reunion marks the first time the original lineup — frontman Jarvis Cocker, guitarists Mark Webber and Russell Senior, bassist Steve Mackey, keyboardist Candida Doyle and drummer Nick Bands — — have played together since 1996.

Only two dates have been confirmed so far, but expect the iconic Britpop group to schedule more shows. In a statement, the band wryly said, “Pulp have decided to get together and play some concerts next summer. The shows will involve all the original members of the band and they will be playing songs from all periods of their career. (Yes, that means they’ll be playing your favourites). In the meantime, ask yourself this: ‘Do You Remember The First Time?’ Thank you for your attention.”

As for the band’s motivation to get back together, Cocker suggested recently that the paycheck was the prime factor. “It all depends on how much money is on the table,” Cocker told Britain’s The Sun in 2009. Cocker also noted that he was curious to see how fellow Britpoppers Blur fared after their triumphant reunion last year. “It’ll be interesting to see if it’s a nostalgia thing or if it’s valid,” he said.