Guitarist Dave Navarro says the band will be hitting the studio next month. 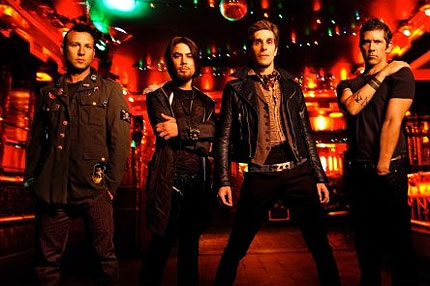 It’s been seven years since Jane’s Addiction have released new material, but according to guitarist Dave Navarro, a new record could be out as early as next year.

In an interview with PopStop TV (via Spinner), the guitarist revealed the band will hit the studio next month to begin laying down tracks.”We’re actually writing quite a bit and getting ready to go into the studio,” he said. “We will start recording tracks and hopefully have something by early next year.”

The band has had tumultuous line-up changes over the years. Founding bassist Eric Avery returned to the fold in 2008, only to leave the band two years later. He was replaced by Guns ‘N’ Roses’ Duff McKagan earlier this year, but he quit in December.According to Spinner, bassist Chris Chaney has replaced McKagan for the new album.