Watch the emo-punk band in action at SPIN's cover shoot! 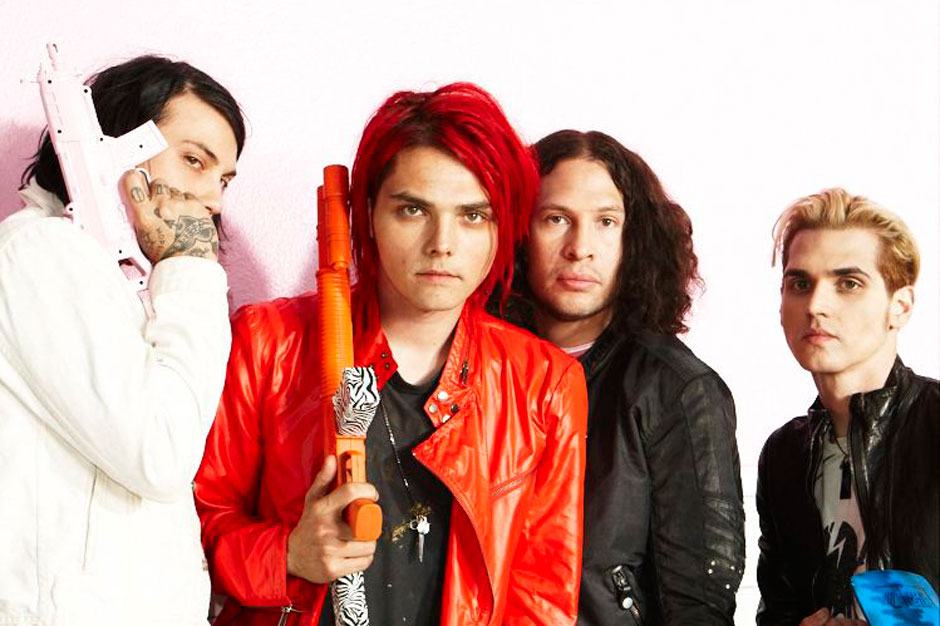 My Chemical Romance are back with a new album, new look, and new vitality, landing the New Jersey emo-punk band on the cover of SPIN’s December issue. Read an excerpt from the cover story here.

We also sat down with singer Gerard Way, bassist Mikey Way, guitarists Frank Iero and Ray Toro to ask them fans questions we received via Twitter and Facebook.

Watch the video below, in which the quartet talk about everything from their worst hairstyle to the softness of Gerard’s lips, along with footage of the band posing at the photo shoot.

WATCH: Behind the scenes at My Chem’s December 2010 cover shoot!