New edition will feature cover of Queen's "Get Down, Make Love." 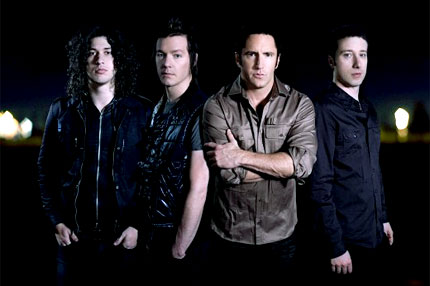 After cutting new music for the soundtrack to The Social Network and forming a new band How to Destroy Angels, Trent Reznor is ready to focus on the past. The Nine Inch Nails frontman has announced plans to reissue the band’s first record, Pretty Hate Machine, on November 22. The release will include a cover of Queen’s “Get Down, Make Love,” which originally appeared as a B-side to the 1990 “Sin” single, plus remastered tracks overseen by Reznor and engineer Tom Baker.

It’s been an interesting trip watching the fate of this record float from one set of hands to another (a long and depressing story) but it’s finally wound up in friendly territory, allowing us to polish it up a bit and present it to you now,” Reznor wrote in a post on NIN’s site. We had fun revisiting this old friend.”

The “long and depressing” story refers to NIN’s original label, TVT, going out of business and Reznor’s attemps to re-acquire the masters from Rykodisc Records, who reissued the record in 2005.Bicycle Music Group currently owns the Pretty Hate Machine masters, which will be reissued through Universal.