A truly all-ages crowd — from wide-eyed preteens to silver-haired hipsters — packed the Troubadour in West Hollywood on Friday night for the triumphant return of East Coast power poppers Fountains of Wayne, who have just kicked off their U.S. tour. In addition to reaching deep into their single-strewn 15-year oeuvre, the band debuted a handful of songs from a still pending, still untitled fifth album.

“We have a new record that’s finished but our label couldn’t get their shit together in time for this tour,” said singer Chris Collingwood to an even split of boos and cheers before launching into unreleased gem “Summer Place,” an upbeat rocker with a staccato stomper of a chorus and deceptively bright sounding lyrics.

The audience was unanimous in its approval — not surprising considering the song, though new, was a classic example of what FoW does best: a loud and major-chord proud backdrop, with a character-driven narrative that’s as big on dry detail as it is subtle wistfulness.

“Oh at the summer place / We’ve got the space if you’ve got the time,” went the chorus, before the verse laid out the tragic fate of a bored housewife who’s “been afraid of the Cuisinart since ’77.” Like so many of Wayne’s fabricated personalities, this one falls victim to her own brand of escapism: “She took a fifth of Seagram / And sank into her death chair.” 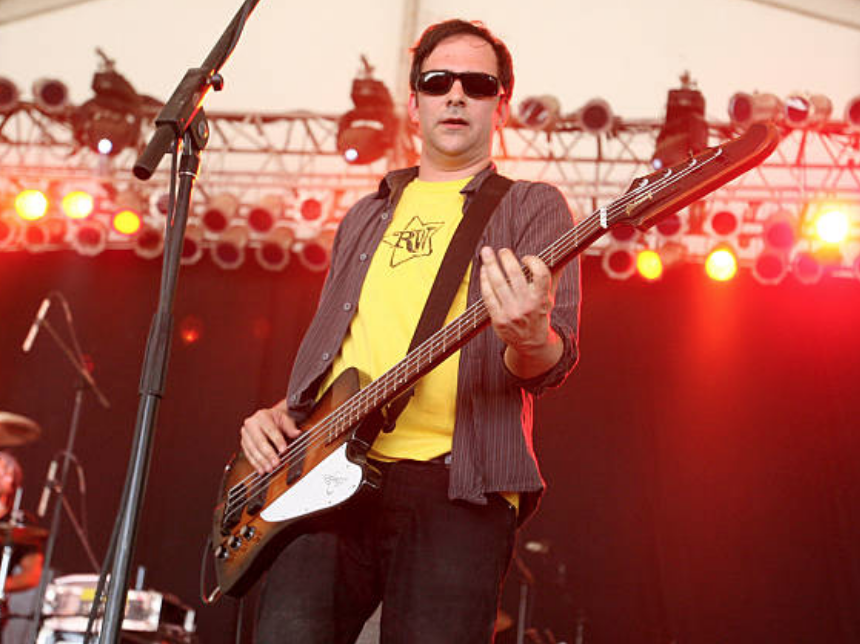 But the night’s vibe was as upbeat as the four-piece’s MILF-celebrating 2003 megahit “Stacy’s Mom,” which they performed to a full sing-along during the encore. And another debut, “A Dip in the Ocean” — about “driving along the Pacific Coast Highway,” said Collingwood — displayed a freer form of escapism set to a breezier brand of tropically-tinged guitar rock.

Two other new ones popped up during the evening’s closing salvo: “Cemetery Guns,” a bona fide funeral dirge (cue the bagpipes) and perhaps the lone sign that FoW might actually be maturing, and “Ritchie and Ruben” (our title), a country-tinged jaunt about a pair of scheming dreamers who can never get it right.

“This is a song about two fuckups,” said bassist Adam Schlesinger. “Not us,” countered Collingwood. “Different fuckups,” added Schlesinger. But even if commercial success has largely eluded the band — rounded out by guitarist Jody Porter and former Posies drummer Brian Young — they’ve managed to avoid the fate of their restless protagonists, persevering by doing one thing and doing it right.

To wit, there were more than enough favorites to round out the set: “Leave the Biker” and “Sink to the Bottom” from 1996’s self-titled celebration of nerdom; the doo-wop flavored “Denise” from 1999’s Utopia Parkway, “Mexican Wine” and “Bright Future in Sales” from 2003’s kinda silly Welcome Interstate Managers, and “I-95” from 2007’s transitory opus, Traffic and Weather. Best of all was the fact that whether brand spanking new or warmly familiar, each song was made of the same stuff — big hooks, big chords, and big bridges with big, shredding solos — so that it was all sort of blankly timeless and … well, big.

Toward the end came the night’s only real departure, a proggy medley stringing together songs by Golden Earring, Blue Öyster Cult, and the Steve Miller Band in the middle of the band’s own “Radiation Vibe.” It was a glimpse at FoW in an alternate universe where their collective chops are put toward doing impressive things like changing time signatures and bending notes. But sometimes “impressive” is just another word for out of reach which, thankfully, is something that Fountains of Wayne will never be.

Fountains of Wayne, We Were There