Indie-rock lover and star of this month's Going the Distance, on the music that changed her life 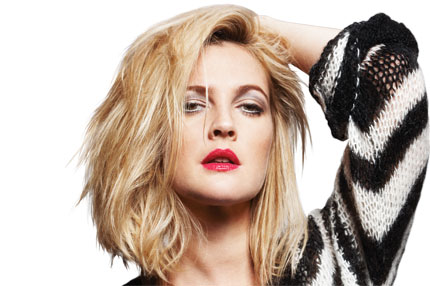 What was the last concert you attended?
Miike Snow. They came onstage [in L.A.] wearing white masks under a strobe light, and I was like, “Thank you!” I came to see a show and I got a show.
Do you have a go-to karaoke song?
I always do the Beastie Boys’ “Paul Revere.” I’m going to sound like a jackass, so I might as well pick a good song and be a cooler jackass.
Is there a song that you associate with your first kiss?
Modern English’s “I Melt With You.” I had a crush on a boy I went to school with, and I remember watching Valley Girl and kissing him when I was far too young to be kissing.
Who did you idolize as a teenager?
I had a real juvenile delinquent thing going on so I was totally into [the Plasmatics’] Wendy O. Williams. She wore weird straps across her boobs and sat on a goddamn car like it was a Sherman tank. Basically, I liked anybody who was misunderstood and angry. And Ratt.
Who would you like to portray in a rock biopic?
Debbie Harry, so I could steal the wardrobe.
If you could curate a festival, who would be on the bill?
That’s so hard! I’ll say Crystal Castles, Band of Horses, and Edward Sharpe & the Magnetic Zeros, who are awesome live. The first time I heard “Home,” it was like walking into a trippy world.
Whose T-shirt do you proudly wear?
Judas Priest. I walk around with Rob Halford coming out of some pyrotechnics, and it makes me smile. I even wore it in Charlie’s Angels 2.
What song has helped you get over a breakup?
I don’t like to feel sorry for myself, so I fucking love Fyfe Dangerfield’s “When You Walk in the Room.” It’s sadly astute about the things we give up in relationships and the expectations we don’t meet.
Do you still listen to the music of men you’ve dated?
Oh my God, yes. The Strokes are one of my favorite bands ever. “Meet Me in the Bathroom” is great.
Who is the most controversial artist that you’ve been a fan of?
When I was eight or nine, I went to the Limelight [nightclub] in New York and saw Grace Jones. I remember thinking, “This is so androgynous and out there.” My mom was probably there but she was definitely not acting like a chaperone.