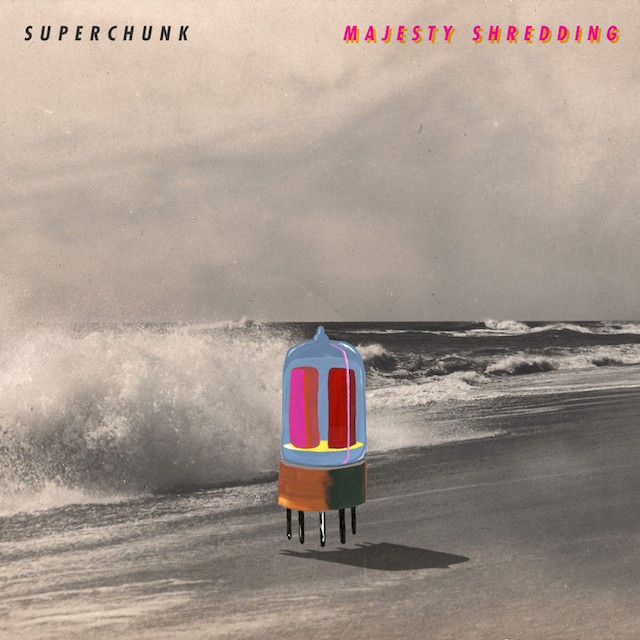 Superchunk’s first album in nine years begins with the sound of clearing cobwebs and a hazy wave of feedback. Then the opening track snaps into a classic piece of churning punk-pop, complete with a North Carolina–centric lyrical reference — to “Old 86,” the highway into the band’s hometown of Chapel Hill. And it feels like old times, even though the earlier demands of slack-motherfucker day jobs and girl-/boyfriend trouble have become the more pressing responsibilities of spouses, kids, and one improbable powerhouse of a record label.

By now, Superchunk reside in the shadow of Arcade Fire, Spoon, and other Merge labelmates they’ve helped nurture. But the band remain a fond talisman of ’90s indie rock as their generation goes gray. “I don’t know how to dance this slow but I can try,” frontman Mac McCaughan declares on “Digging for Something.” And Majesty Shredding does favor a more thoughtful pace at times, opening up room for the occasional ornate sonic touch — a horn riff, decorative keyboard figure, even viola.

Above the squalling guitar, McCaughan’s forever-young yelp remains Superchunk’s most distinctive feature, and he can still issue a call to arms. “You don’t even know us and you never will,” he hollers on “My Gap Feels Weird.” That’s because, even with members into their 40s, Superchunk are cooler than you.