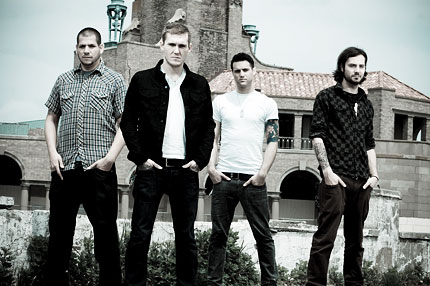 The New Jersey rockers have posted their third studio album online a week before its June 15 release. Listen over at NPR!.

The Gaslight Anthem will tour all summer long in support of American Slang — the band’s first release since 2008’s The ’59 Sound — including a stop at Bonnaroo this week. Download the title track of American Slang, plus songs from other acts performing at the Tennessee fest, with SPIN’s free Bonnaroo Mix-Tape.

Back in 2009, Gaslight Anthem stopped by SPIN HQ to play an unplugged set featuring the “The 59 Sound” and “Old White Lincoln,” plus a cover of the Replacements’ “Left of the Dial.” Watch that session here.

What do you think about the Gaslight Anthem’s new album? Tell us in the comment section below!