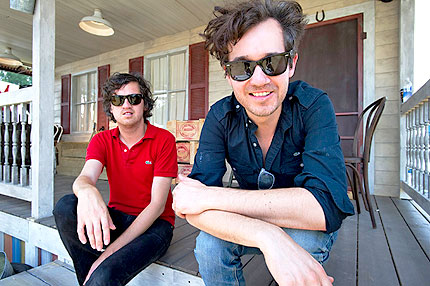 Check out video interviews below with French popsters Phoenix, who talked about the evolution of their songs since they kicked off their 2009 U.S. tour at last year’s Bonnaroo; Georgia boys and Bonnaroo ’07 alums Manchester Orchestra, who graduated to a tent show this year and decided to hang out for the whole weekend; comedienne Margaret Cho, who offered advice for surviving the heat; and Young Veins, featuring former Panic! at the Disco members Ryan Ross and Jon Walker, who talked about their just-released record and the intimacy of playing Bonnaroo.