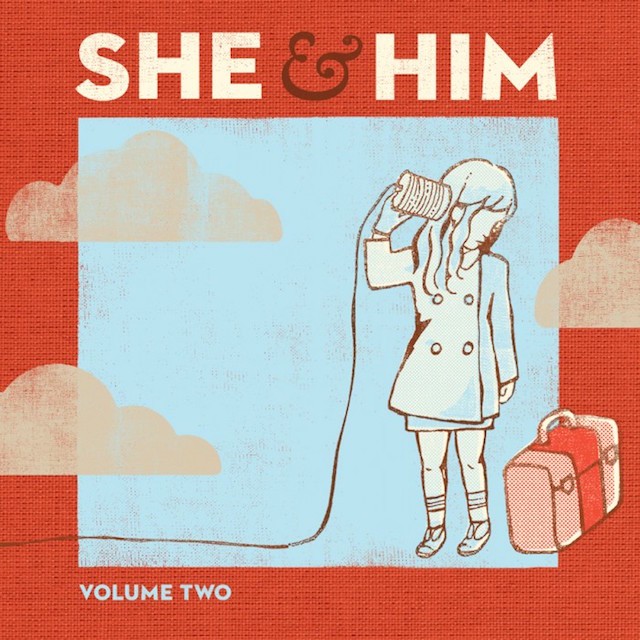 If Zooey Deschanel didn’t exist, indie rock would’ve invented her. A life-size Kewpie doll in a vintage granny dress who belted out Christmas carols in Elf, she is the living embodiment of twee — which is apparently her cross to bear. Last year, blogs declared a backlash against the singer-actress’ “unbearable quirkiness”: Offenses included baking gingerbread, knitting scarves, and playing the ukulele because “I just think it’s cute.”

Avengers of adorableness should avoid Volume Two, her second collaboration with singer-songwriter M. Ward, since it’s loaded with catchy odes to sunshine and hand-holding and learning to “be kind to yourself.” But fans of ’70s AM Gold will sip this stuff down like so much well-aged chardonnay. Buffeted by Ward’s pillowy acoustic strums, Deschanel is a convincing soft-rock goddess, conjuring Linda Ronstadt on the country shuffle “Thieves” and Skeeter Davis on a cover of “Gonna Get Along Without You.” She lays down the lullaby “If You Can’t Sleep” with a voice as clear and rosy as stained glass. There’s just one thing missing: any emotions that don’t fit on a scale from mildly content to vaguely pleasant.

Sometimes Volume Two drifts in a Valium haze of deep sighs, or its lyrics wanly drain the fun out of romance. “Running away from you is just like running a business,” Deschanel coos. Love, ain’t it bland?

Melissa Maerz
Tags: Reviews, She & Him