Joanna Newsom, ‘Have One on Me’ (Drag City) 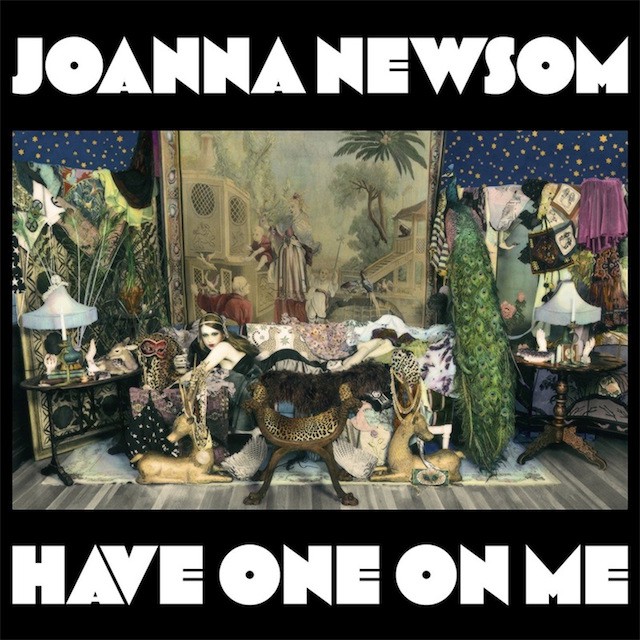 Forty minutes into her latest album, Joanna Newsom voices the under-two-minute “On a Good Day” with a calm drawl: “Hey hey hey, the end is near.” Never mind that two more discs of music-including five more eight-minute pieces-still lie ahead, she quietly assures: “Stay true to the path that you have chosen.

That line summarizes Newsom’s own anachronistic vision amid the 21st century’s bustle. She’s a fairy queen in vintage lace, decidedly steadfast against the hyperactive pop-culture machine that rabidly speculates on her quaint music, arcane poesy, and red-carpet relationship with Andy Samberg. Have One on Me is no sea change, building on her strengths-the winsome miniatures of debut The Milk-Eyed Mender (“’81”); the orchestral heave of Ys (“In California,” with its complex, nine-minute sweep); and the instrumental interplay of her Ys Street Band EP (“Good Intentions Paving Company,” which nods to Ladies of the Canyon–era Joni Mitchell). It’s all balanced between Newsom’s insistent harp pluck and a rekindled love of the piano.

The album’s three-disc ambition is doubtless, but usually such sprawl means expansion and experimentation, and Newsom never ventures beyond established parameters or quickens beyond a stately pace. Instead, she simply delves deeper and gives what few artists can deliver: a self-contained world of warmth, crystalline detail, and intimacy that lies far beyond a Twitter feed.