From sexier cars to Star Trek-style physics, the U2 singer offers his suggestions to advance life on earth. 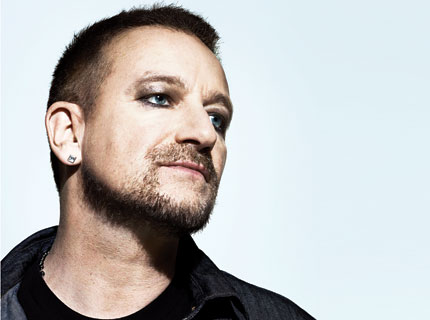 A new decade has begun, and U2 singer/activist/leprechaun Bono is rededicating himself to saving the world from us humans, and us humans from the world.

In a special New Year’s Day edition of his Op-Ed for the New York Times, Bono listed 10 ways we can improve the coming decade: environmentally, socially, politically, artistically, and medically. While some are typical I’m-here-to-end-war-and-cure-AIDS-and-patch-up-the-Ozone-layer Bono-isms, others are, well, quite interesting proposals. Below, we compile the cliff notes to Bono’s lengthy piece, which can be read in-full right here.

Study up, then offer your suggestions to improve the coming decade in the comment section below!