The two bands give updates on their upcoming releases. 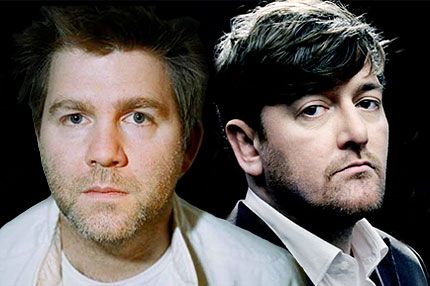 New York electro group LCD Soundsystem and Brit alt-rock band Elbow both have given updates on their upcoming releases. Get the 411 below.

LCD Soundsystem frontman James Murphy is claiming that his band’s upcoming spring release will be their last. And despite admitting that he’s made similar claims before, he says this time he means it. “I know I said that last time and things changed,” he told NME in a new interview, “but I don’t like to repeat myself.”

The rocker added that the yet-to-be titled album — the follow-up to 2007’s SPIN-approved Sound Of Silver — will feature a “wider palette of sound” and will be “definitely better than the other two” albums LCD has released.

Elbow have returned to the studio for the first time since releasing their Mercury Prize-winning 2008 album, The Seldom Seen Kid, and according to drummer Richard Jupp, the five-piece hopes to release their new record this year. “We’re rabid for it,” Jupp told NME of the upcoming effort. “The last one was astronomical for us. Using that springboard… I’d love to get the album finished and get it out on the road [before 2010 ends].”

Jupp added that the songs are “at an experimental stage,” and that the band is “loving being back in the studio, it’s really exciting. We’re just ploughing through it now,” he said.