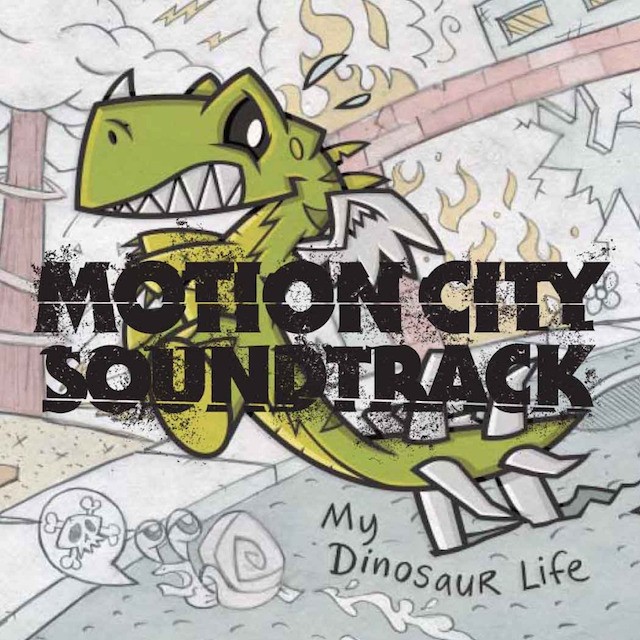 “I’ve been a good little worker bee,” sings Justin Pierre on Motion City Soundtrack’s major-label debut, and he’s not kidding: These affable Minneapolitans have spent the past decade steadily climbing the ranks of the emo-rock underground; My Dinosaur Life, on which the band strikes a radio-ready balance between mayhem and melody, may well trigger their long-awaited breakthrough. Handclap-happy “Stand Too Close” is obvious Weezer fanbait, but better is “Pulp Fiction,” a stop-start riff bomb that erupts like the older brother of Eve 6’s late-’90s gem “Inside Out.”