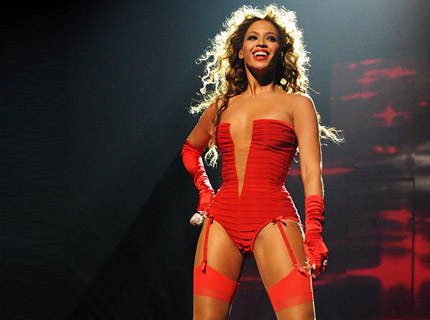 The first round of performers for the 52nd annual Grammy Award ceremony have been announced, with Beyonce and Taylor Swift set to lead the pack onstage at Los Angeles’ Staples Center January 31, according to Grammy.com.

Beyonce and Swift will be joined by the Black Eyed Peas, Lady Antebellum, and Maxwell. More performers will be announced in the coming weeks.

As previously reported, the “Single Ladies” singer and the country-pop idol lead the nominations with 10 and eight nods, respectively, and go head-to-head in categories like Record of the Year and Best Female Pop Vocal Performance. Black Eyed Peas and Maxwell follow with six nods each.

“I honestly never would have predicted this, eight nominations. I’m ecstatic and blown away and so, so thankful,” Swift told MTV about her nominations, which also include Song of the Year. “To be recognized by the Grammys is the ultimate honor.”

The Grammys will be telecast on CBS.