The British rocker headlines a benefit concert in Chicago to raise funds for the Illinois Chapter of the Leukemia & Lymphoma Society. 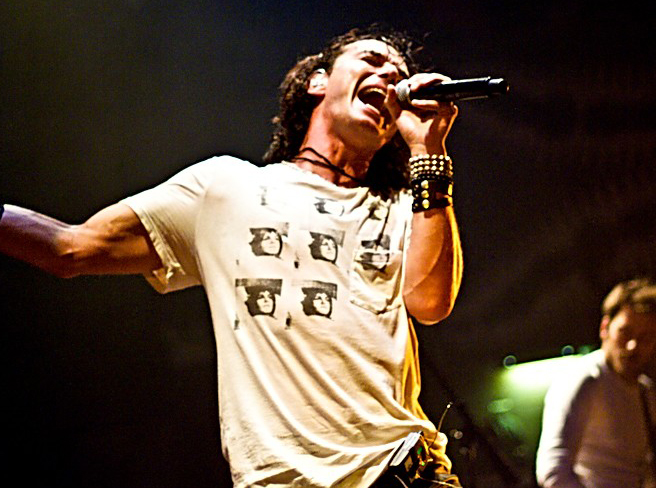 Gavin Rossdale is no stranger to either rocking hard or helping kids, so he was a natural choice to headline Platform One Entertainment’s sixth Dare 2 Dream event at Chicago’s House of Blues on Thursday night. The evening benefitted the Illinois Chapter of the Leukemia & Lymphoma Society, an organization dedicated to improving the quality of life for patients fighting blood cancers and their families. More than 15 kids affected by leukemia or other cancer got the opportunity to meet Rossdale and be introduced onstage before a packed house.

The 42-year-old rocker who rose to fame in the mid-90s as the frontman for British grunge heroes Bush has been active for several years in charity work, donating his talents both on stage and on the tennis court to causes that benefit children. “You can’t imagine the strength that it takes for these parents to sustain a positive energy around their children who are so physically disabled and yet mentally right there,” he told SPIN in an interview before the show. “If you’re a parent with a healthy child, you’re so lucky.”

So was the House of Blues crowd Thursday, as Rossdale and band tore through the brightest moments of his 15-year career. From the opening notes of Bush mega hit “Machinehead” to set closer “Comedown,” the wiry Brit rocked through 90 minutes of high-voltage alt-rock before an appreciative audience of kids with their parents, teens in grunge band t-shirts, and nostalgic Gen Xers. Even Rossdale’s recent solo material snapped to life on stage with sweaty intensity. But beyond rock ‘n’ roll showmanship, Rossdale had another reason to pump up the crowd: “We’re celebrating the fact that everyone cared enough to come out tonight.”

Offstage, Rossdale’s demeanor was more that of a comfortable dad than an international rock god. He spoke with quiet excitement about his in-progress second solo album, his appreciation of “uplifting, soulful” bands like the Arcade Fire and The Kills and how you don’t have to be a parent to appreciate the chance to help sick kids. “I was a human before I was a dad, you know.”

Maybe so, but to the giddy young girls and shy little boys in the meet and greet and their grateful parents, Rossdale was clearly more hero than human.