EXCLUSIVE: This Seattle seven-piece ignite the dance floor with this disco-tinged hit from their September release. 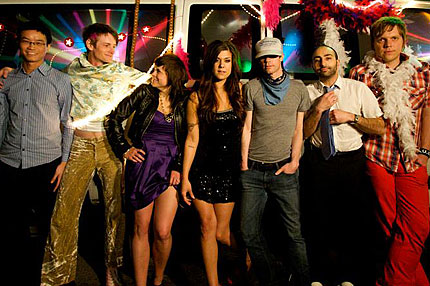 In these days of folkier-than-thou indie groups, there’s nothing more refreshing than the unabashed joy of a dance anthem. Enter Seattle seven-piece U.S.E, a.k.a. United States of Electronica, who are here to move feet from Iowa to Ibiza.

The band’s new album, L O V E W O R L D, which SPIN awarded an eight-of-ten rating, is packed with disco bangers that, as SPIN’s Barry Walters writes, is “a love train that doesn’t stop chugging until the final track.” The album doesn’t drop until September 8, but you can download one of its best tracks, “Dance With Me,” below.

“If you want to move it, baby move it right,” the group sings in unison over pounding synth beats. Get the track below — then shake that booty!