The frontman talks about his band's upcoming fourth album, growing older, and looking back at a decade of making music. 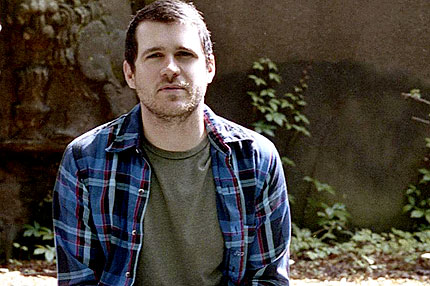 Let it be known: Jesse Lacey still mows his own lawn. His band, Brand New, has toured the world and sold over a million albums, but the 31-year-old doesn’t have any qualms about yard maintenance.

Well, except for one thing: “Noon in the middle of July isn’t the best time to mow your lawn, I’ve realized,” he admits over the phone from his Long Island, NY home. “You have to get up earlier.”

Lacey’s days of afternoon chores will end soon, though. Brand New’s fourth album, Daisy, drops Sept. 22, and the quartet will kick off a 38-date North American tour one week later, a jaunt that will wrap with a Thanksgiving weekend homecoming/headline show at Nassau Coliseum, the 18,000-seat arena that hosted some of the first concerts they ever attended (Lacey’s dad took him to see Springsteen when he was 11). But it’s not quite a pinch-yourself moment, at least for the band. “I think [headlining the Coliseum] is a bigger deal for a lot of our friends and our family at this point and that’s what gets us excited about it,” he says.

In our interview below — his first with an American publication in nearly three years — Lacey talks about the making of Daisy and looks back on a decade of making music with Brand New.

When you saw Springsteen at the Coliseum as a kid, did you imagine at all what it might be like to stand where he was standing?
No, actually. I never even really thought about playing music until I was older. It was more like a natural thing, where suddenly, after six or seven years of playing music, I realized that it’s what I did. My parents raised us with music in the house. There was always a record playing, and good music, too: the Beatles, Steely Dan, Simon and Garfunkel, Bruce Springsteen. They were also hip to new music at that time, when Michael Jackson put a record out or the Cure. I remember my dad listening to the Cure when I was younger, and I think he battled over the fact that he was listening to stuff by a guy that wore makeup.

What was markedly different about the recording process for this album?
Every other record, we always started off in a more traditional way: getting a producer, going into a studio. But we always ended up leaving that situation and recording the record on our own for the most part. For this one, we just decided to do the whole thing by ourselves. Our friend Mike Sapone produced the record — he’s been our partner as far as writing and recording since way before this band even started… He lives about a mile and a half from the house that I grew up in, in a town called Bethpage, so it’s the same thing. It’s suburbia. He’s got two kids, lives with his wife with a pool in the backyard, and that’s home for us.

You played a lot of solo shows in the past year. Did they influence your songwriting at all?
One or two of the songs that I wrote were written on one of those tours, during a soundcheck. A lot of our songs have always been written like that. Me and [guitarist Vincent Accardi] were kind of laughing at ourselves one day, because of the records we’ve put out, so few songs were actually written on electric guitar. And they’re all performed that way. We just find it really funny that it’s always just one of us and an acoustic guitar — that’s how the songs get written. It’s weird that it never ends up sounding, for the most part, anything like it sounded in my room, in my living room, when I first wrote the song.

That’s probably why they’re so easily converted to that solo setting.
Yeah. I mean, it’s funny, because I’m not really any kind of folk writer, and I’m not really a very good guitarist. For the most part, I’m playing power chords on an acoustic guitar, which I feel foolish doing, especially playing with someone like Kevin Devine, who’s my best friend — he can pick up a guitar and just make it sound beautiful. He knows his chords, his fingers are just comfortable with that, and I never feel like that. So when I do go back and strip those songs back down, it’s kind of embarrassing a little bit to be like, “Well, this is how I wrote this, this is what it sounds like by itself.”

One interesting aspect of the album is that archival-sounding recording that opens and closes the record. What is that, where does it come from?
It’s called “On Life’s Highway” [written by Bertrand Brown]. I collect weird things — I bought some tapes from an estate sale, and there were some old sermons from a Baptist minister in Texas back in the ’60s, and that hymn was on it, and it was a hymn that I remembered from when I was younger going to church. We’ve always been interested in putting strange things on the albums. We don’t do it as much as we would like. I think if we had our way we’d just make a half-hour mix of sound bites and things like that.

Make a mixtape or something, and just put it up for free.
We probably should start doing that. It’s a good idea.

When you’re bored on the road, just mix some stuff together, keep compiling it, and then just give it away.
Yeah, kind of like a terrible, post-rock version of hip-hop mix tapes or something.

So then it was Vin’s kind of brainchild to some degree?
Yeah, I mean, a lot of the songs are Vin’s brainchild. I’d say a majority of the music on this album is written by Vin. I was actually surprised at how so much of the music he wrote was parallel to something that I would write. It just reminded me how close we are, and how much we shared in the last 10 years, growing up together, coming into adulthood together, and sharing so many experiences — we’re very similar in so many ways. It’s nice when he would bring a song to me and we would listen to it and I would say to myself, “You know, that’s amazing. That’s something that I would have said,” or “That’s something that I would have liked to say but I never would have been able to say in that way.” It made the band stronger.

Are there any particular songs that you’re particularly proud of, or feel like exciting developments in what Brand New sounds like?
I never really feel proud, per se, of songs. I’m always kind of more like, “Oh, this is interesting to me.” When you put 10 songs on a record, you’re kind of looking at it like, “How is anyone willing to listen to this?” It seems to me the band has become more and more selfish with what interests us when we’re recording. Our goal is really to make ourselves happy and to fulfill the ideas that we have in our head. When you go at it like that, it’s hard to imagine that anyone else is going to be interested in it.

Clearly that’s not the case for you guys. People are interested. But is there a new song that you’re particularly happy with, or that you’re excited to play live?
Yeah. A song like “Gasoline,” which is completely written by Vin — when I play that song, it’s kind of this odd feeling where I almost feel like I’m playing a cover because I just had no hand in writing it, so I’m able to look at it very objectively, almost like a fan would look at it. “Vices,” on the other hand, was completely written by me on the bass. When I played it for the band, just on bass guitar, there was no way for me to explain how I wanted the rest of the song to be. I’m playing this bass line, and I think they just kind of all heard this really nature-y, strange kind of chord progression. I was just trying to explain myself the best way I could possibly imagine, using all these weird adjectives and drumming my hands on the desk. Eventually, that song turned out identically to the way I heard it in my head. There’s nothing better than that, there’s nothing I could ask for more than that. That one hit the spot.

Your albums have progressively gotten more intense and a little bit heavier, subject matter-wise. How does it feel now to perform songs that you wrote almost a decade ago, like “Sic Transit Gloria” and “Tommy Gun” and “Jude Law,” and to fit those in with the newer material?
It’s funny that you mention those songs, because I feel like a song like “Shower Scene,” which is literally the first song we ever wrote, is more in the vein of our new album musically, with the exception of the lyrics. It’s a pretty straightforward, loud, drop-beat rock song and it’s got this weird, like, off-kilter bridge, and it’s pretty much exactly the way we’d want to write a song now. But, yeah, the songs like “Tommy Gun” and all those other songs on the record, it took us 10 years to reach the point where we’re okay with it. You do something early on, and inevitably that’s going to be something that you’re either embarrassed about or that you don’t feel connected to. I felt all of those things about music that we did in the past, but we had to realize that we’re in a very unique situation. We literally have a documentation of our lives on record. You listen to our music consecutively, in chronological order, you can literally hear us growing into men.

When I listen back to all of that stuff, I see mistakes I made, but also the sparks of something I was doing that was eventually going to be great. It’s all very strange. We talk about it a lot. When we’re just sitting around alone, the four of us — we think about how this whole thing is so strange, and it just never stops being completely weird. [Laughs]