The alt-rock band famous for "Linger" and other hits will write new material and tour the U.S. later this year. 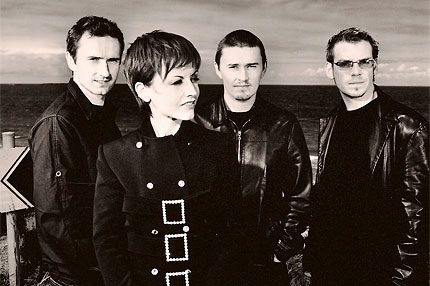 Remember the Cranberries, the Irish rock band behind blockbuster early-’90s hits like “Zombie” and “Linger”?

For those who do, listen up: The quartet is ending a seven-year hiatus and reforming! For those who don’t, heed a little advice: The band has some damn good songs. Check ‘em out below.

The quartet, which formed in the rough port town of Limerick in 1989, has been on hiatus since wrapping a European tour in ’03, allowing members to puruse solo careers, including frontwoman Dolores O’Riordan, who just released her second album, No Baggage. The band will be writing new material and touring North America later this year, playing classics, newbies, and tracks from O’Riordan’s solo catalogue. Dates for the outing have yet-to-be-announced, but are expected soon.

“Over the last few years, each member of the band has had time to work on different projects and learn so much from their experience,” said guitarist/co-songwriter Noel Hogan. “Now the time is right for the Cranberries to bring all of this together and move forward.”

The reunion first sprouted this past January when O’Riordan performed at Dublin’s esteemed Trinity College with Noel and his brother, Cranberries bassist Mike Hogan, to commemorate her induction as a Honorary Patron of Trinity’s Philosophical Society. It was their first time seeing each other in nearly eight years.

Check out some of the bands best songs/biggest hits below.