Plus: Watch the Danish duo recording their October release in the studio! 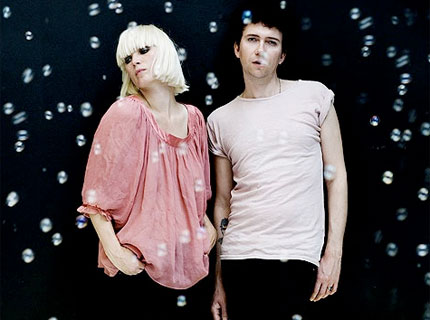 Danish duo the Raveonettes wowed us last weekend with their set at Coney Island’s Siren Fest, flaunting a sound that music editor Charles Aaron called an “impassive, surf-noir bitch-slap that felt like a kiss.” Well, prepare for a makeout session: In early October the band will return with a new album, In & Out Of Control, and a 20-date U.S. tour!

The Raveonettes recently wrapped recording efforts for In & Out Of Control at Denmark’s Delta Lab studios. The album, their follow up to Lust, Lust, Lust, drops October 6 via Vice Records. The duo recently released demos of their new material, which fans can download for free via Vice. And check out footage of the band in the studio below, courtesy of Wired.

The Raveonettes in the studio: