Get the latest about the King of Pop's Tuesday tribute show in L.A. Plus: More on the investigation into his death. 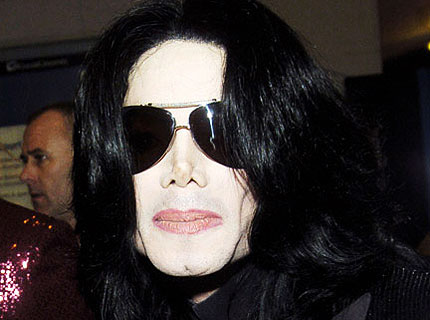 More than 1.6 million fans registered in an online raffle Saturday, hoping to be one of 8,750 people randomly chosen to receive a pair of tickets to the memorial, which is set to begin at 10 A.M. PST. (The memorial will be broadcast live on the major TV networks.) The odds of scoring tickets were about 1 in 183, and fans waited anxiously on Sunday as ticket winners began to be notified.

In total, 11,000 ticketholders — plus, invited friends and performers– will pack the Staples Center on Tuesday, with an additional 6,500 granted admittance into the Nokia Theater overflow section next door. The streets around the stadium will be closed, and L.A.P.D. Assistant Police Chief Jim McDonnell warned those without tickets not to come. “If they want to watch it, they will have to find a TV,” he told the press. [Via Reuters]

Meanwhile, eBay has been shutting down scalpers trying to sell tickets to the service, even banning a man who tried to sell his tickets for $5,000 on the site. [Via The Sun]

Paul McCartney, Eddie Murphy, Elizabeth Taylor, and Barry Manilow are among the celebrities said to be walking the “black carpet” at the service. According to The Sun, Usher and Justin Timberlake will perform Jackson tributes during the memorial, and Diana Ross — who Jackson named in his will as guardian of his three children if his mother, Katherine Jackson, was unable to care for them — will read the King of Pop’s eulogy.

According to TMZ, Mariah Carey will perform a tribute rendition of Jackson 5 classic “I’ll Be There.”

It has been rumored that David Bowie and President Barack Obama were both invited to the service, but it is unclear whether either will attend (Obama is currently in Russia). Music producer Quincy Jones — who collaborated with Jackson on Off the Wall, Bad, and Thriller and referred to the star as his “little brother” — has already said that he will not be attending the service. [Via ET Online]

In other Jackson news, at least five doctors who may have prescribed Jackson Diprivan, the powerful sedative typically administered as an anesthetic in hospitals, are under investigation by the L.A.P.D. and the DEA [via ]. As authorities try to piece together exactly what caused Jackson’s death, artists such as Madonna and Beyonce continue to honor the star with live tributes.