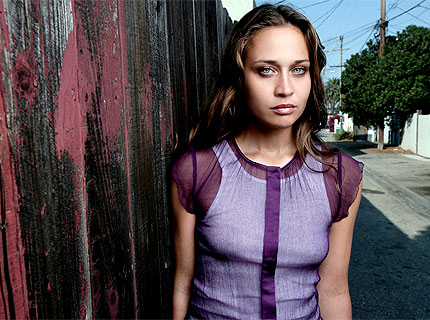 More than three years since the release of her last album, Fiona Apple has two songs on the way — albeit not original ones.

The emotive songwriter will contribute two new recordings to The Best Is Yet to Come, a forthcoming compilation honoring Cy Coleman, a composer whose most famous material was performed by Frank Sinatra.

On the collection, Apple performs Coleman’s “Why Try to Change Me Now” — a version of which surfaced online earlier this year [via Stereogum] — and “I Walk a Little Faster,” which was popularized by Tony Bennett.

Patty Griffin, Nikka Costa, Jill Sobule, and Missy Higgins are among the other artists who honor Coleman’s musical legacy on the album.

Apple’s last recorded work emerged in 2006: She covered “Sally’s Song” for the Nightmare Before Christmas special edition soundtrack, and her live version of Elvis Costello’s “I Want You” was released digitally. Her last album, Extraordinary Machine, came out in 2005, and she last toured in 2007 with Nickel Creek.

LISTEN: Fiona Apple, “Why Try to Change Me Now”