Our cameras followed Diplo and Switch backstage on the latest stops of the epic summer tour. 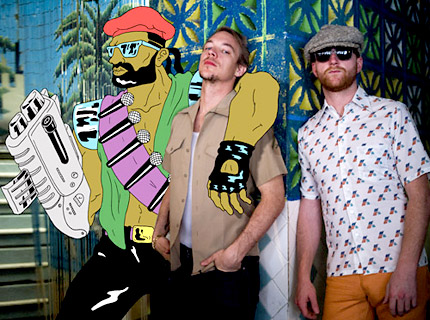 On Wednesday, June 17, the tour was at the M2 Ultra Lounge in NYC. DJ AM, DJ Jazzy Jeff, Drop the Lime, and Auto Erotique captivated the audience with their energetic performances.

Two days later, on Friday June 19, the tour made an appearance in Philly at the Electric Factory. This stop featured Major Lazer (a.k.a. hometown heroes Diplo and Switch), Drop the Lime, and A-trak. The following day, Saturday June 20, the tour made a stop in Washington, DC at the Northeast hot spot the Rock N Roll Hotel.

Our cameras caught the backstage scene. Watch below to see the artists perform for rowdy crowds in NYC, Philly and DC.

Want to see more? The Bacardi B-Live Tour stops in Louisville, KY next!