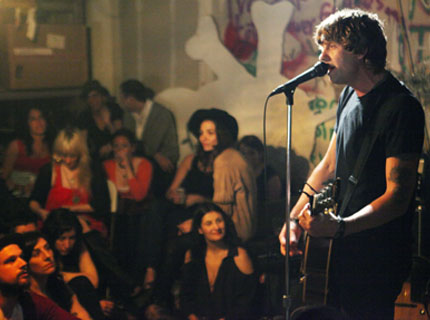 Nico Stai performed a special acoustic solo-set May 29 at a chic, intimate celebration in honor of “Burberry Day” at New York City’s Milk Gallery. Part of a series of events honoring Burberry’s influence on New York fashion, the downtown soiree was attended by fashionistas and other A-listers, including hockey star Sean Avery, actresses Catherine Keener and Tara Subkoff, and photographer Greg Kadel.

Compared to artists such as Pete Yorn and John Mayer, Stai — performing solo and acoustic — captured the attention of guests with his soothing vocals and garage rock sound. Artwork by Brian Ermanski lined the walls of the gallery, allowing guests to also enjoy an inspiring array of fashion, music, and art.