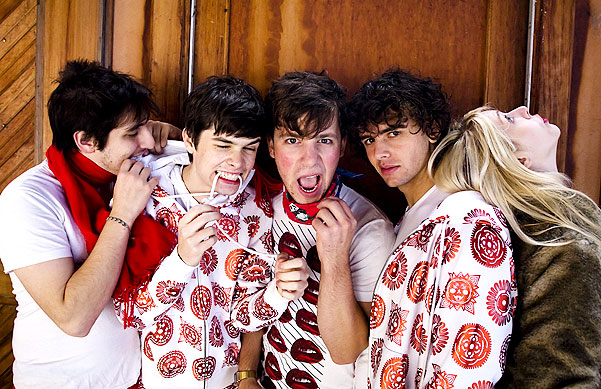 Hometown: Seattle
Why they matter: These five Devo-lovin' high school students may have taken too much Adderall -- and we mean that in a good way. They pair wide-eyed bravado with pounding synthesizers to get the party started on the dance floor.
You should know: The group was handpicked by Brazilian rump-shakers CSS to open their U.S. tour last year.
Watch: Natalie Portman's Shaved Head, "Iceage Babeland"

Hometown: Seattle
Why they matter: These five Devo-lovin' high school students may have taken too much Adderall -- and we mean that in a good way. They pair wide-eyed bravado with pounding synthesizers to get the party started on the dance floor.
You should know: The group was handpicked by Brazilian rump-shakers CSS to open their U.S. tour last year.
Watch: Natalie Portman's Shaved Head, "Iceage Babeland" 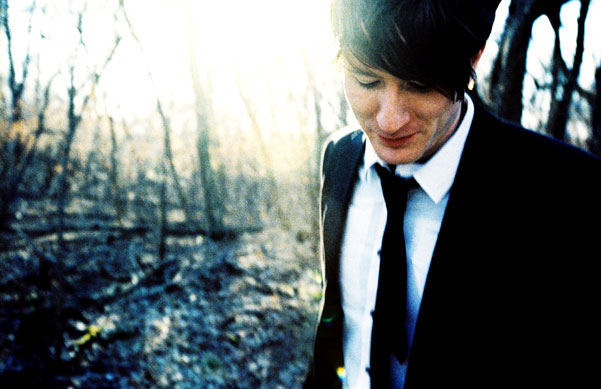 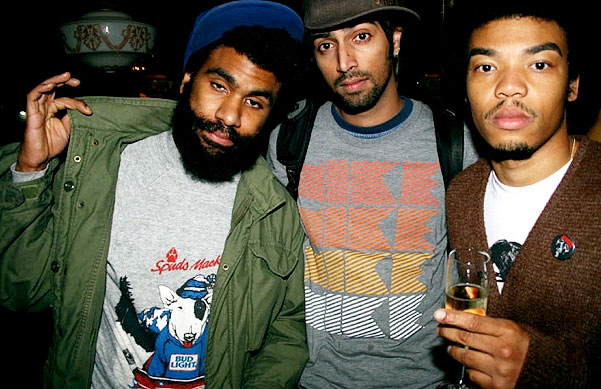 Hometown: Seattle
Why they matter: Ready to party? This trio get heads bangin' by mashing raps about girls and booze with new wave-infused beats. Check out their self-titled debut for proof -- especially the thumping and hilarious "Soda Poprocks."
You should know: Drummer Mark Gajadhar also plays in Seattle's Past Lives, and is an alum of local punk heroes the Blood Brothers.
Watch: Champagne Champagne, "Soda and Poprocks" 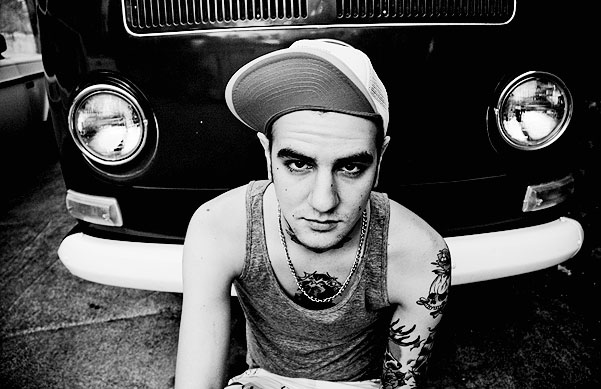 Hometown: Seattle (via Boston)
Why he matters: Fences mastermind Chris Mansfield looks like he could be a roadie for New Jersey hardcore band Thursday, but don't be fooled. It's his acoustic guitar and quiet stories of emotional torment that shine on Fences' debut EP, The Ultimate Puke.
You should know: Before turning to guitar, Mansfield was a jazz student at Boston's Berklee College of Music, where he played the upright bass.
LISTEN: Fences, "My Girl the Horse" 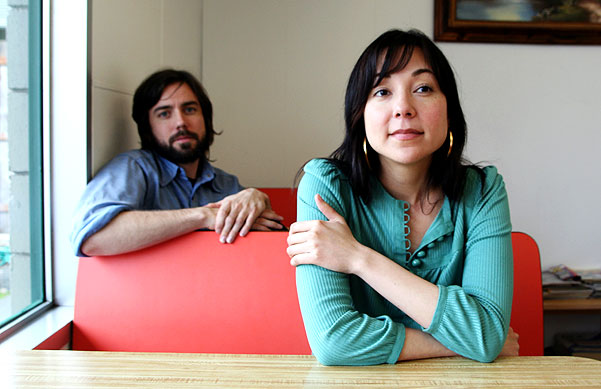 Hometown: Seattle
Why they matter: This coy duo provide the soundtrack for an opiate dream. The reverb-drenched vocal harmonies and classical guitars of their debut album, In Camera, wrap you up in a warm blanket. Mmmm, comfy.
You should know: Grant Olsen and Sonya Westcott, a.k.a. Arthur and Yu, took their nom de band from their respective childhood nicknames.
LISTEN: Arthur & Yu, "There Are Too Many Birds" 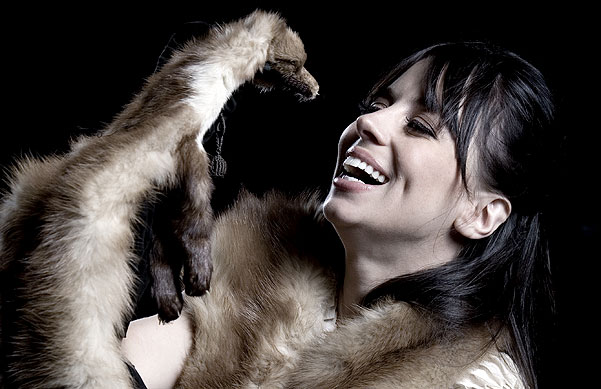 Hometown: Los Angeles
Why she matters: What's funnier than a comic with politically incorrect cracks about every feminist group's worst nightmare: a pretty ditz who dates older men for their money, shops all day, and refuses to give blow-jobs. She's a witty brunette remaking herself as a dumb blond -- and it's hilarious!
You should know: Leggero has appeared on Leno, Reno 911, and It's Always Sunny In Philadelphia; she made her movie debut in He's Just Not That Into You.
WATCH: 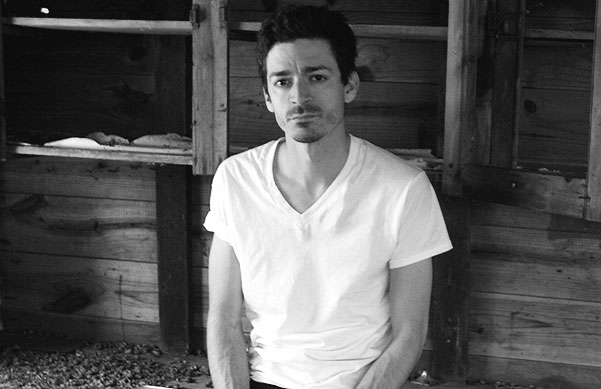 Hometown: Palenville, NY, via Alabama
Why he matters: This '90s alt-rocker-gone-country, a.k.a. Scott Bondy,swaps the gritty grunge of his first band, Verbena, for acoustic ditties on his solo debut, 2008's American Hearts. Be thankful -- his bewitching tales of Southern landscapes and heartbreak are "repeat"-worthy.
You should know: Foo Fighter Dave Grohl was so impressed with Bondy's songwriting in Verbena that he agreed to produce their major-label debut, 1999's Into the Pink.
LISTEN: AA Bondy, "There's a Reason" 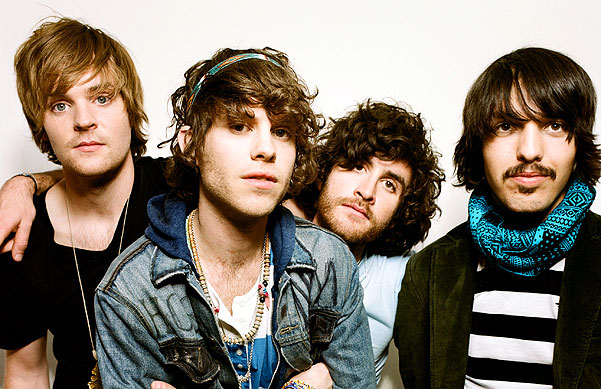 Hometown: Portland, OR
Why they matter: This foursome -- who call their sound "new wave/soul" -- mix crunchy electric guitars with glistening '80s synth hooks on the band's debut, Mind Chaos (out Aug. 25). Singer Benjamin Grubin croons like a young Rod Stewart.
You should know: Hockey started in Los Angeles, where the band -- then just a duo -- landed a deal with Columbia and recorded with ex-Talking Head Jerry Harrison. The label wasn't impressed with the result, though, and dropped the group, leaving them to skate off on their own.
LISTEN: Hockey, "Too Fake" 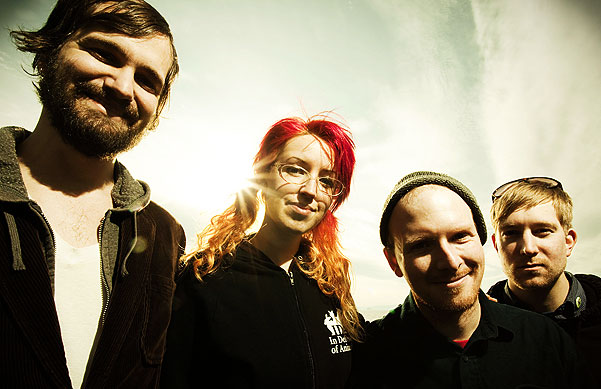 Hometown: Portland, OR
Why they matter: This quartet could be the misfit child of Stereolab and Yo La Tengo. They combine folky acoustic guitars, dreamy synths, and inventive guitar pop on their fine lo-fi album Heart To Elk.
You should know: The band originally formed to make a little cash playing house parties around Portland.
LISTEN: Point Juncture, WA, "Sioux Arrow" 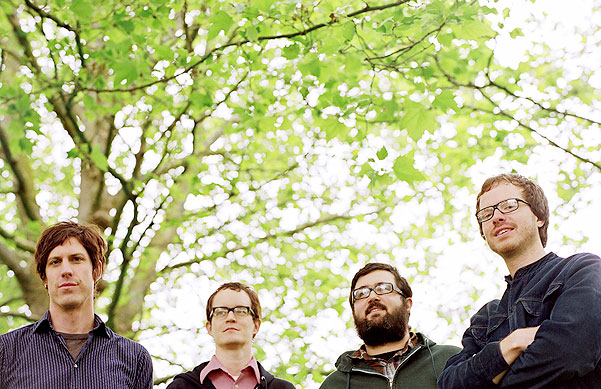 Hometown: Seattle
Why they matter: This foursome's excellent new album, Beating Back the Claws of the Cold, is a Whitman's sampler of musical genres. They shift from gentle acoustic ballads to sitar-led hymns to drum-and-keyboard jams -- sometimes all in one song. Yum!
You should know: Pica is an eating disorder, the sufferers of which enjoy inedible things, like paint chips and bits of glass. It's also a form of typographical measurement. Frontman Ryan Barrett tells SPIN.com he chose the name because he "liked the way the word sounded."
LISTEN: The Pica Beats, "Poor Old Ra"