Las Vegas-based Afghan Raiders could be this year's breakout dance act. Click here to download their remix of the Faint! 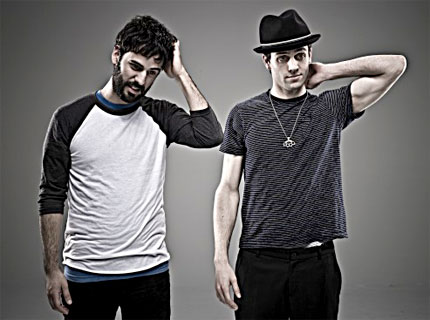 On last year’s Fasciinatiion, Omaha-based electro-rockers the Faint churned out some of the darkest digital dirges they’ve ever produced. It’s hard to fathom those songs becoming even more aggressive, but that’s exactly what Afghan Raiders do with their remix of the Faint’s “Mirror Error,” available here as an exclusive download.

Afghan Raiders add fuzzy bursts and blasts to the track, and even drop the tempo to a middling BPM level that’s perfect for emphatic headbanging. As the song builds to a crescendo, waves of insect-like noise come crashing down while the Raiders repeatedly loop a random line from the Faint’s original: “Now he only focuses on dreams.”

Download the remix below, and head to Afghan Raiders’ MySpace to hear a few of their original tracks, including the gripping “Future Thinkers.” The duo’s debut EP is due later this year.