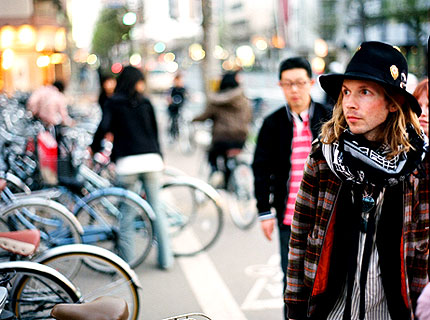 He may have experimented with psychedelic and surf-rock sounds on 2008’s Modern Guilt, but Beck is still in touch with his lo-fi folk roots. And “Necessary Evil,” a Modern Guilt b-side just-released as part of a deluxe, iTunes U.K.-only edition of the album, recalls Beck’s humble beginnings with off-kilter acoustic guitar and scratchy vocals.

However, the song does find Beck lyrically musing on the same existential, what-does-it-all-mean quandary that Modern Guilt’s best tracks explored: “Starting to wonder / What happens now?” he sings between soft sighs and bluesy slide guitar. “You’re driftin’ over the landmines / You’ll keep driftin’ ’til kingdom come.”

Listen below. Then ponder the nature of existence in the comments section.