Hollywood's biggest night was a bore. We've got a few suggestions for the Academy. 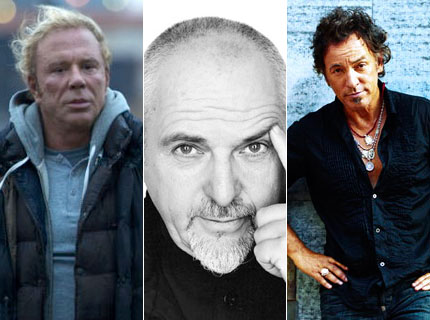 Aside from a few highlights — a surprise performance by Beyonce, the all-star groups of presenters who doled out the acting trophies, and the charming gang from Slumdog Millionaire winning eight statues — the stuffy and exhausting proceedings of last night’s 81st Annual Academy Awards left us leaning on our DVR’s fast-forward button and asking ourselves, “Is it boring in here, or is it just the Oscars?”

Frustration increasing, we hit the drawing board to figure out how this year’s Oscar ceremony could have been more rock’n’roll. Our suggestions:

1. Let Mickey Rourke win. Sure, Sean Penn’s beautifully nuanced performance as late gay activist Harvey Milk may have deserved the award more than Rourke’s comeback turn as lovably pathetic fictional wrestler Randy “The Ram” Robinson, but a win for the perpetually-unhinged Mickey Rourke could have meant a truly rock’n’roll acceptance speech that would have the censors’ fingers squarely on the mute button.Then again, if Penn had thrown down a “Ram Jam” on Kate Winslet, that would have been pretty badass too.

2. Give Peter Gabriel a chance to perform an entire song. While video montages clogged the presentation, Best Original Song nominee Peter Gabriel was told he would only be allowed to play 65 seconds of his nominated tune, “Back to Earth,” from Wall-E — so he decided not to perform at all.Coupled with new mother M.I.A.’s failure to appear during the performance of her Slumdog Millionaire jam “O Saya,” the lack of music should have served as a reminder to the Academy: If you’re going to let previous Oscar winners pontificate about the year’s nominees, at least let those who soundtrack the films get their time — their full time — in the spotlight as well.

3. Don’t snub Bruce Springsteen again — ever. Not that it hasn’t been said before, but on a night of big winners, the snub of Bruce Springsteen’s contribution to The Wrestler made the Academy look like the biggest loser. How can you claim to honor the year’s “Best Original Songs” and leave out a standout tune by one of rock’n’roll’s greatest? Oh, wait. They did the exact same thing last year to Pearl Jam frontman Eddie Vedder and his sublime songs from Into the Wild. At any rate, Springsteen would have certainly brought the rock to Oscar’s telecast, geriatric knee-slides, Little Steven, and all.