Watch the first clip from the Atlanta emcee's long-awaited album. 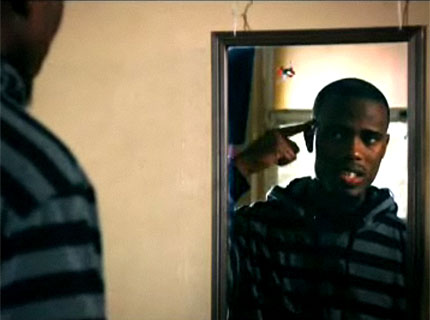 Atlanta, GA, rapper B.o.B., a.k.a. Bobby Ray Simmons, has garnered loads of buzz for his live show– including a spot in SPIN’s 2008 Who’s Next? feature — despite the fact that his debut, The Adventures of B.O.B., has been delayed for nearly a year.

While his album still lacks a release date, its just-released first video, “I’ll Be In The Sky,” is packed with Outkast-style funk-rap and a Brother from Another Planet sci-fi vibe. Check it out below.