Stream "Could Have Been You," featuring 50 Cent, R. Kelly, and more! 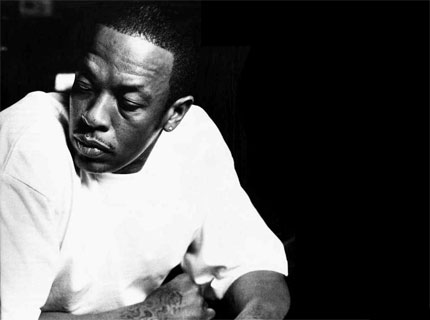 We’ve heard a tune from Eminem’s forthcoming album, Relapse, but now fans eagerly awaiting Dr. Dre’s decade-in-the-making record Detox have something to hold them over until its release: “Could Have Been You,” a song featuring rhymes from 50 Cent, R. Kelly, and Aftermath crooner Bishop Lamont.

The song, which doesn’t feature a turn on the mic from Dre himself, hit the web earlier this week and sees each rapper tell the tale of women they were unable to make happy before moving on.

“You supposed to be sure, baby, you was confused / I had a thang for ya, had a ring for ya / A house, car, kids and a pet name for ya,” Fiddy raps.

R. Kelly gets dirty with his take: “The reason why you didn’t get picked, ’cause you got your nose up your ass smelling your shit / But tonight you met your match, ’cause I be smelling my shit too / Now how you like that?”

Dr. Dre is reportedly “furious” about the unmixed and unmastered track’s leak, a source close to the legendary producer/rapper’s camp told MTV.com.

Listen to “Could Have Been You” below. And then leave your thoughts about the leaked tune in the comment section.