Senegalese-bred/Atlanta-based ex-con pushes his eclectic sound in an interesting new direction on Freedom. 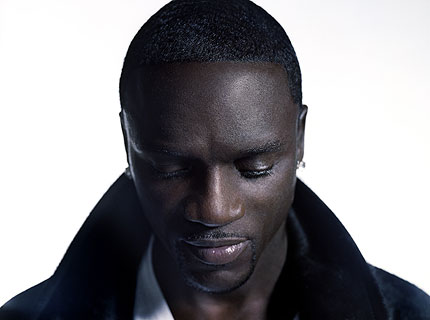 What? Considering his penchant for hurling fans from the stage, it’s a bit of a surprise singer/songwriter/producer Akon continues to fill venues — and top charts — across the world. But a quick listen to his music explains it all: Akon’s continent-bridging sound — from Southern hip-hop and ethnic African grooves to smooth R&B croons and jittery crunk rhythms — heat up the dancefloor, bed sheets, and car stereos. And Freedom, his third studio album, has that and more, notably a heavy dose of Euro-tinged techno-driven dance sounds. Below, stream his over-sexed auto-tune-heavy collaboration with T-Pain, “Holla Holla,” as well as “Troublemaker,” a synth-driven club banger complete with trance atmospherics and guest vocals from Sweet Rush.

Who? Born Aliaune Thiam in St. Louis, Akon was raised in the Western African nation of Senegal and taught to play numerous instruments by his father, jazz musician Mor Thiam, before returning to the U.S. at the age of 7. However, it wasn’t until Akon was imprisoned for car theft that he realized his passion for music. Akon’s peculiar musical hodge-podge pushed his debut album, 2004’s Trouble, up the charts. And though his second set, Konvicted, was even more successful thanks to collaborations with Snoop Dogg and Eminem (on mega-hit “Smack That”), trouble, continued to follow Akon. He was lambasted for simulating sex onstage in Trinidad with a preacher’s then fifteen-year-old daughter, causing sponsors to back out of his planned tour, opening for Gwen Stefani (he collaborated with the No Doubt singer on her solo album The Sweet Escape). Akon has since collaborated with the likes of Ciara and E-40 and even written music for New Kids on the Block’s reunion.

Interesting Fact: Despite the controversy surrounding the practice of diamond mining in South Africa, Akon owns a mine in the region and has downplayed human rights issues concerning the practice.

Watch: Akon chucks a kid off the stage