The gold standard L.A. producer steps back into spotlight with his Synecdoche, New York score. 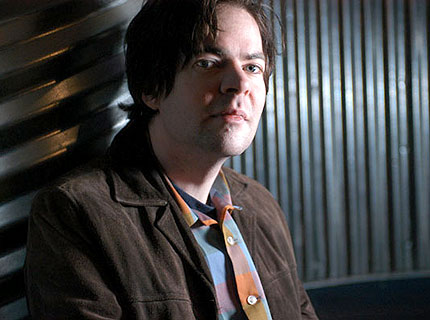 Who? Jon Brion has been one of the most influential and enjoyed musical talents of the past 15 years — yet you’d be hard-pressed to pick the Los Angeleno out of a line-up.If you’ve been to the movies (Magnolia, Punch Drunk Love), you’ve heard Brion’s instrumental scores and original songwriting. If you’ve listened to albums by Rufus Wainwright, Aimee Mann, Fiona Apple, or Dido, you’ve experienced the lush orchestration and clever arrangements that come with a Brion-produced album. And then there’s his perpetually overlooked and underpromoted 2000 solo album, Meaningless, a stirring gem of elaborate, Beatles-esque pop.

What? Brion is back in the spotlight thanks to offbeat director Charlie Kaufman’s new drama, Synecdoche, New York — the Brion-penned score is in stores today. And who better to provide sonic accompaniment to the complex yet darkly stunning visions of Kaufman (Eternal Sunshine of the Spotless Mind, Being John Malkovich) than Brion. Whether it’s haunting background music or fully conceived songs — check our Amazon player (right) for “Little Person” and “Song for Caden,” featuring vocalist Deanne Storey — Brion adds the sonic depth for which the film begs.