For details on the record's release and its "more urgent" sound click here. 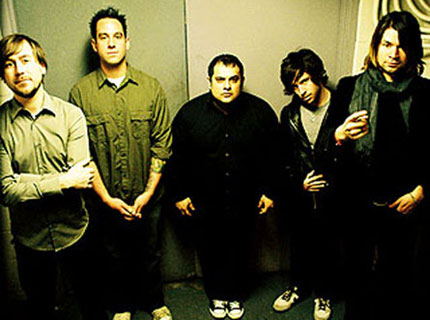 Two years after the release of their chart-smashing 2006 album Louder Now, New York melodic hardcore act Taking Back Sunday have returned to the studio and are hard at work on their yet-to-be titled follow-up, tentatively set to arrive in early 2009.

With producer David Kahne (Paul McCartney, the Strokes, Sublime) at their side — as well as new guitarist Matt Fazzi — the band’s forthcoming album is set to make breakthroughs in their sound, says bassist Matt Rubano. “On this record, we challenged ourselves to write the best songs we possibly could while trying new things in an effort to push the envelope in terms of what it means to sound like Taking Back Sunday. I think this record has an honesty and an urgency that we haven’t achieved before.” Adds vocalist Adam Lazzara, “Matt [Fazzi] has brought new life to Taking Back Sunday, a theme ever-present in the material we have been working on for the past few months… He is the push we needed to break through some walls this time around.”