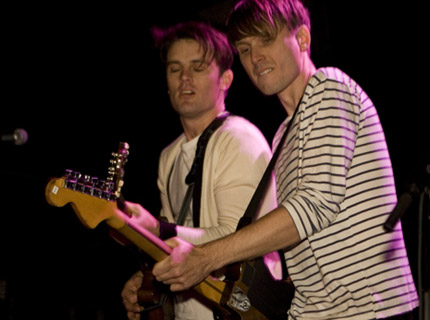 Three years after the release of 2005’s You Could Have It So Much Better, dapper Scot rockers Franz Ferdinand are set to return with their much-anticipated third record, which will drop January 27, 2009. The disc was jointly produced by the band themselves and Dan Carey (Hot Chip, CSS), with recording time split between the band’s Glasgow headquarters and Carey’s London studio.Full tracklisting is below.

Below, watch frontman Alex Kopranos and drummer Paul Thomson reveal to SPIN.com exclusive new details about the album, including its title (Tonight: Franz Ferdinand) and its self-described “heavy” and “hitting” sound. And for SPIN.com’s definitive “first listen” of the band’s new album cuts click here!