The electro-house duo's forthcoming record features a handful of notable vocalists. Click here to find out who! 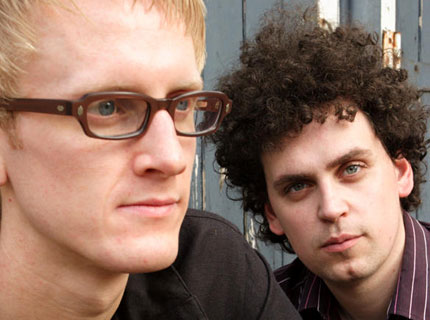 If Brit synthpop-cum-production-duo Simian Mobile Disco are looking to shake things up on their forthcoming new album, the former rockers have selected the ideal collaborator: Rambunctious banshee Beth Ditto of the Gossip.

The yet-to-be-titled new album, which is roughly half done, will tentatively arrive in early 2009. And Ditto’s not the only collaborator — Gruff Rhys, of Super Furry Animals and Neon Neon fame, also appears on the record.

Speaking to NME.com about the collaborations, James Ford, who has also produced albums for the likes of Klaxons and Arctic Monkeys, said, “The song [Ditto sings on] is not very Gossip-y. It’s more electronic and poppy, a bit old-school.” And Rhys’ turn? “The song Gruff sings on is more psychedelic, with a Todd Rundgren-esque edge.”