Upstate, NY, dream-pop act return with a pair of releases -- a proper full-length and its mysterious (FREE!) companion record. Click here for details. 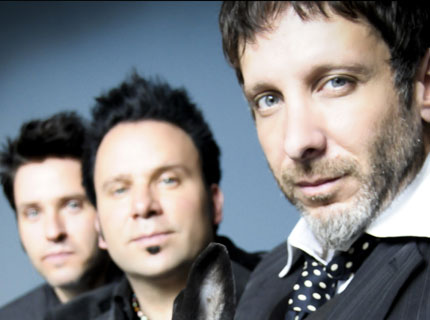 Though Snowflake’s companion album, the full-length Strange Attractor, has been kept under tight wraps, Mercury Rev have explained that while recording Snowflake Midnight they felt the songs were taking two different pathways and should thus be divided into to separate releases. A double CD was considered, but ultimately the band settled on two completely independent albums. Strange Attractor — which features ambient, mostly instumental, less poppy songs — will be available as a free download via mercuryrev.com.

Who? Mercury Rev is primarily the project of lead vocalist Jonathan Donahue and guitarist Sean Mackowiak (a.k.a. “Grasshopper”). The band’s dreamy sound developed following the 1993 departure of original vocalist David Baker and has been continually evolving ever since. 1998’s Deserter’s Songs, named the number one album of the year by UK magazine NME, cemented their place as a critical darling of the music press. Despite enjoying considerable success in the UK, Mercury Rev have remained largely overlooked by mainstream music fans in the U.S. for much of their career.

Fun Fact: Jonathan Donahue played guitar in the Flaming Lips from 1989 to 1991 and introduced the Oklahoma psych-rockers to Dave Fridmann, who has produced every Lips album — except Transmissions From the Satellite Heart — since 1990’s In a Priest Driven Ambulance.