Listen to her new track to discover why this New York singer/songwriter's sophomore full-length is in rotation at SPIN HQ. 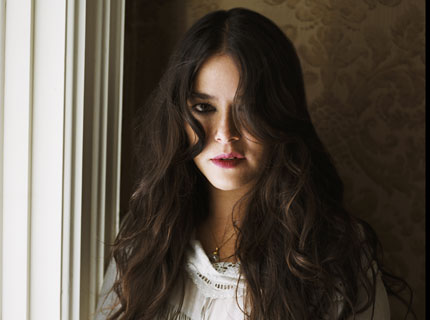 In the snarling, fuzzed-out tradition of early Liz Phair, New York songstress Rachael Yamagata is channeling her temper tantrums in crunchy guitar lines and pop structures on Elephants… Teeth Sinking Into Heart (out Oct. 7), her conceptual double-album featuring a softer side-one and a rough-edged side-two. And though the pop is poppier and the tantrums more easily digestible than any song off Phair’s Exile in Guyville, “Faster” reminds us of grrrl-rock’s early-’90s glory days with brittle tone and anthemic choruses, but mixed with contemporary pop. Think PJ Harvey crossed with Kelly Clarkson.

Here, stream “Faster” in its entirety. And offer your thoughts on Yamagata in the comment section below.