A new solo album and recently announced plans to reunite the Ben Folds Five -- is there anything that the piano man isn't doing lately? 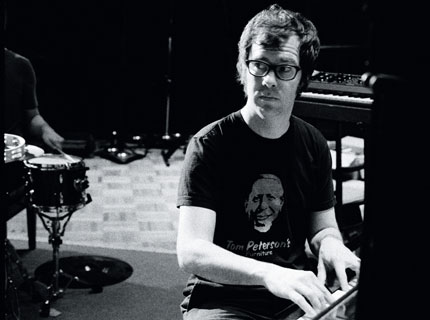 What? Lately, piano-pop singer/songwriter Ben Folds has been making us here at SPIN.com feel jut a bit lazy. As if reuniting with his former mates in the seminal ’90s alt-pop group Ben Folds Five — for the first time in 10 years! — to perform the entirety of 1999’s The Unauthorized Biography of Reinhold Messner for MySpace’s Front to Back series wasn’t enough, the man born as Benjamin Scott Folds is preparing to unleash his third solo effort, Way to Normal, on September 30 via Epic Records. Featuring a guest turn by like-minded songstress Regina Spektor on the buoyant “You Don’t Know Me,” Way to Normal brings both the tempered balladry (“Cologne”) and oddball sense of humor (“Bitch Went Nuts”) that fans have come to know and love.

Who? Before amicably breaking up in 2000, Ben Folds Five released a trio of highly-regarded full-lengths throughout the ’90s — most notably, 1997’s Whatever and Ever Amen, which contained quite possibly the only radio hit about abortion in recent memory (“Brick”).Post-break-up, Folds has remained tirelessly busy, between releasing solo records and producing recent efforts by William Shatner (!) and the Dresden Dolls’ Amanda Palmer.

Fun Fact: This past July, a supposed “leak” of Way to Normal popped up on a Ben Folds fan site.The tracks turned out to be a good-natured prank on Folds’ part, as he had recorded alternate versions of songs on a day off in Dublin, Ireland.